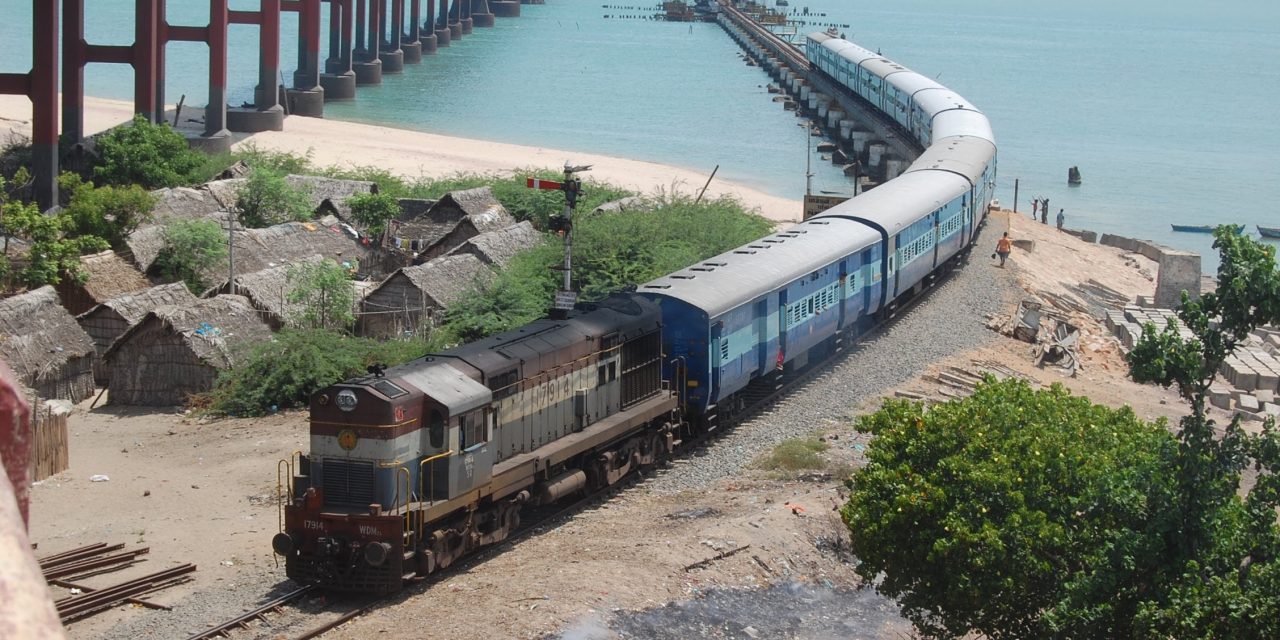 New Delhi: Indian Railways (IR) is working in mission mode to become the largest Green Railways in the world and is moving towards becoming a “net zero carbon emitter” before 2030. Railways is guided by a holistic vision of being an environment friendly, efficient, cost effective, punctual and a modern carrier of passengers as well as freight in order to serve the growing needs of New India. IR is looking at helping the environment with steps ranging from massive electrification, water & paper conservation, to saving animals from being injured on Railway tracks.

Railway Electrification which is environment friendly and reduces pollution, has increased nearly ten times since 2014. Capturing the economic benefits of electric traction in an accelerated manner, Railways has planned to electrify balance Broad Gauge (BG) routes by December, 2023 to achieve 100% electrification of BG routes. Head-On-Generation systems, Bio-Toilets and LED lights recreate the train itself into a travel mode that’s kinder to the environment while maintaining comparable passenger comfort.

IR’s network and reach enabled movement of Freight, like Food Grains & Oxygen in pandemic, even while being more environment friendly as compared to Road transport. During the period April 2021 to May 2021, the Indian Railways moved 73 Lakh tonnes of food grains and has run 241 loaded Oxygen express trains, moving 922 loaded tankers, thereby transporting 15,046 tonnes of oxygen to various part of the country.

MoU signed between IR and Confederation of Indian Industry in July 2016 for facilitation of Green initiatives on IR. 39 Workshops, 7 Production Units, 8 Loco Sheds and one Stores depot have been ‘GreenCo’ certified. These include 2 Platinum, 15 Gold and 18 Silver ratings.

Green certification mainly covers assessment of parameters having direct bearing on the environment, such as, energy conservation measures, use of renewable energy, Green House Gas emission reduction, water conservation, waste management, material conservation, recycling etc. 19 Railway Stations have also achieved Green Certification including 3 Platinum, 6 Gold and 6 Silver ratings. 27 more Railway Buildings, Offices, Campuses and other establishments are also Green certified including 15 Platinum, 9 Gold and 2 Silver ratings. In addition, over 600 Railway Stations have been certified for implementation of the Environment Management System to ISO: 14001 in the last two years. A total of 718 stations have been identified for ISO : 14001 certification.

Indian Railways has incorporated Climate Change features in its own risk assessments and disaster management protocols. As an organisation ready to manage the risks, and ask the right questions about its assets, routes & investments. Top management in IR’s many public sectors have been communicating with stakeholders for a shared understanding, needed for long-term health and sustainability of the organisations they lead.

The Environment Sustainability Report published by IR and subsidiary units each year sets up a framework document defining strategies and focus points in the context of climate change, the issues at stake, and steps for dealing with them. It helps railways to support government commitments such as the Paris agreement on climate change, the UN Sustainable Development Goals and National Disaster Management Plans.

Wide ranging experiences of engineers, operators and planners in different zones & construction units of the Indian Railways constantly face different challenges. Some sophisticated approaches by international asset managers, railway operators, rolling stock engineers, scenario planners and others are studied through consultancy reports. Appropriate interpretation matching the IR’s own realities and ground situation  suitably adapts the efforts of departmental managers in anticipating and facing up to those challenges.