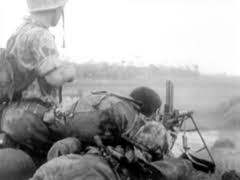 New Delhi: The worst ever Indo-China war still remains a mystery for three generations of Indians. Even after nearly 60 years the war documents are yet to be declassified. For example the Henderson Brooks report on 1962 Indo-China War is still gathers dust in the secret chamber of defence ministry.

Now hopes have been raised that the nation will have authentic access to these documents as the defence ministry has put in place a policy on declassification of such secret dossiers.

The defence ministry’s policy on archiving, declassification and compilation/publication of war/operations histories has been endorsed by the defence minister Rajnath Singh.

According to the policy, records should ordinarily be declassified in 25 years. Records older than 25 years should be appraised by archival experts and transferred to the National Archives of India once the war/operations histories have been compiled. The responsibility for declassification of records rests with the respective organisations as specified in the Public Record Act 1993 and Public Record Rules 1997, as amended from time to time.

The policy envisages that each organisation under the ministry of defence such as Services, Integrated Defence Staff, Assam Rifles and Indian Coast Guard, will transfer the records, including war diaries, letters of proceedings & operational record books, to the History Division of MoD for proper upkeep, archival and writing the histories.

The History Division will be responsible for coordination with various departments while compiling, seeking approval and publishing of war/operations histories. The policy mandates constitution of a committee headed by joint secretary, MoD and comprising of representatives of the Services, MEA, MHA and other organisations and prominent military historians (if required), for compilation of war/ operations histories.

Timely publication of war histories would give people accurate account of the events, provide authentic material for academic research and counter the unfounded rumours.