Mayawati’s BSP crumbling ahead UP polls 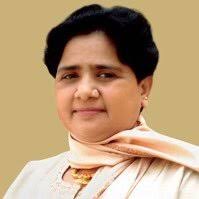 Lakhnow: In a major set back to Mayawati’s BSP 9 of its MLAs are set to join Samajwadi Party in poll bound UP. The disgruntled legislators on met the SP chief Akhilesh Yadav at later’s residence, here on Tuesday.

The BSP, who was in power in the State with Mayawati in the chief minister’s seat, has weakened in the last four years ever since it had lost the 2017 UP Assembly elections.

In UP, the party had won 19 seats. However, it’s strength in the House reduced to 18, as it lost one in the by-election. The paty supremo had expelled as many 11 MLAs during the last four years. The disconentment in the party came to a flash point when Mayawati expelled two senior MLAs– Lalji Verma, party’s leader in the Legislative Assembly, and Ram Anchal Rajbhar, party chief in UP– early this month.