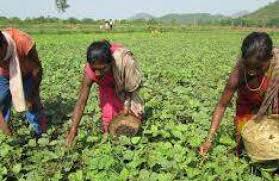 New Delhi: Central and State governments are coordinating actions to ensure that prices of pulses remain at fair and reasonable levels.

Union department of consumer affairs, which monitors the prices of essential commodities on a regular basis, took the initiative of stock declaration and monitoring of stock of pulses to ensure its availability to consumers at affordable prices and to bridge the demand and supply gap.

Orders for the declaration of the Stocks:  –

2.1.      The power to issue orders for collecting information or statistics with regard to essential commodities has been delegated by the Central government to the State government by order dated 9.6.1978.  On 14.5.2021 all States/UTs were requested to direct all the Stockholders like Millers, Traders, Importers etc. to declare their stock of pulses vide power conferred under Section3(2)(h) and 3(2)(i) of the EC Act. Declared stocks have to be verified by States/UTs. It was also requested to States/UTs to monitor the prices of pulses on a weekly basis. This is the first time when such a mechanism has been adopted to get the real time stock of pulses all over the country to keep a check on the undesirable practice of hoarding leading in turn to artificial scarcity and price escalation.

2.2.      To ease the process and standardise the reporting format,an online portal was created and all the States/UTs were requested in the meeting (through VC) held on 17.05.2021 to direct all the Stockholders to register themselves on online portal and declare their stock of pulses.

2.3.      Subsequently, two more meetings were held on 25.05.2021 and 02.06.2021 to resolve the technical issues regarding disclosure of pulses on online portal. It was again stressed that they need to direct the stockholders to disclose their quantity of pulses on the online portal.

2.4.      Constant interaction with the States and stakeholders led to a positive response and within less than a month of the launch of the portal, stocks worth 28.66 lakh MT have been declared and 6823 registrations by various categories of participants, which is approximately 20% of the total stocks presently held in the country after taking in to account stocks hold by NAFED.

2.5.      The stock details furnished on the portal were analysed with reference to prices prevailing in each State and the States where the prices were higher than the national average were sensitised of the same. It was requested that theytake further steps for verification of stocks so that there is regular movement of pulses and hoarding is changed.

•           To ensure a more effective intervention towards price stabilisation, the targeted size of pulses buffer to be maintained in the current year (FY 2021-22) under the Price Stabilisation Fund (PSF) has been raised to 23 LMT. Procurement of Chana,Masur, and Moong is ongoing. For procurement of the pulses, NAFED on behalf of Department of Consumer Affairs actively engages with the State Government agencies.

4.         Release of pulses under in various welfare schemes and PMGKAY

4.1.      Supply of pulses for welfare schemes of the States

•           As per decision taken by the Government in 2017, Ministries/Department were to utilise pulses from the central buffer for their schemes with nutrition component or providing food/ catering/hospitality services, such as PDS distribution, in Mid-day Meal Scheme and ICDS Scheme.

•           Central Government supplies pulses to the States for their various welfareschemes such as mid day meal scheme, ICDS and for distribution under PDS.During 2020-21, a total of 1.18 LMT of pulses were supplied to States/UTs for welfare/nutrition schemes.

•           The requirement of Army and Central Para-Military Forces were also supplied from the buffer and 75,000 MT was supplied to them.

•           During 2020-21, the department of consumer affairs had allocated pulses from the PSF buffer for distribution @1kg per household per month, free of cost, to 19.4 crore NFSA 2013 beneficiary households to ameliorate the hardships faced by the poor due to livelihood disruption caused by COVID-19 pandemic. The Programme was initially for a period of three months – April to June, 2020 and extended for another five months upto November, 2020.

•           State governments worked closely with NAFED for finalising storage locations and delivery points, to ensure that the pulses reached the poor households and contributed to their nutritional security.Apart from providing basic nutrition to vulnerable households, the programme has contributed significantly towards moderating the prices of pulses.

•           A mechanism for retail intervention was introduced in 2020-21 to enhance the direct and immediate impact of releases from pulses buffer on cooling down retail prices.

•           Under this mechanism, Moong, Urad and Tur were offered to the States/UTs at a discounted rate for supply through retail outlets such as FPS, Dairy & Horticulture outlets, Consumer Cooperative Society outlets etc.

•           Costs of supply such as milling/processing, transportation, packaging, FPS dealers’ margin etc. were borne by the Department.

•           Till date about 2.3 LMT of the three pulses had been supplied to States/UTs for retail intervention, and 2 LMT of Tur was released through open market sales.