BJP will win 300 plus seats in UP: Yogi Adityanath 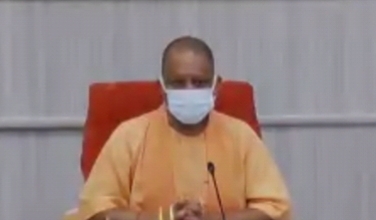 Yogi said he does not consider Akhilesh Yadav or Mayawati as his opponents. When asked to pick up an opposition leader of his favourite, he said these days one would not find a loveable opposition leader. However, he took the name of Ram Manohar Lohia who according to him above jatibad and parivarbad.

When asked to draw a comparison between Bidur, Chanakya and Amit Shah, Yogi said all of them are great for their time period. To a question what Bidur would have advised to Rahul Gandhi today, the UP CM said he would have told Rahul to for retire from politics for betterment of Congress.

On BJP’s performance in West Bengal, Yogi said BJP will certainly come to power in West Bengal. The party has improved it’s tally from mere 3 to 77. Had the Second Wave of Corona not checked the growth of BJP, the party would have been power today in West Bengal, he added.