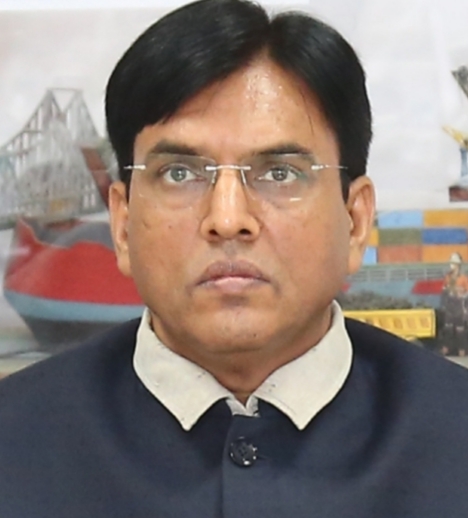 Stressing on the need for the ‘Indian Port Bill 2021’, the minister requested state governments to see the Indian Port Bill as a development issue and not as a political issue. He highlighted that the ‘Indian Port Bill 2021’ will facilitate to have optimum management and utilization of the coastline by way of participation by both the Union Government and Maritime States/Union Territories. He assured the states that the Ministry of Ports, Shipping and Waterways will welcome all the suggestions of the states to develop a comprehensive port bill.

The minister said, “The 18th Maritime State Development Council Meeting today has discussed very significant issues pertaining to the overall progress of the maritime sector. Both Central Government and State Governments will jointly work on the development of the maritime sector including several non-functional ports. Our growth aspiration, as visioned by our Prime Minister, need collective actions in a time-bound manner and MSDC is an active platform to discuss these matters’’.

In FY 2020, the traffic handled at Indian ports is about 1.2 billion MT, which is expected to increase to 2.5 billion MT by 2030. On the other hand, only a few ports in India are having deeper draft which can handle capsize vessels. In addition, there are around 100 non-functional ports distributed across the coast of India. The ever-increasing size of ships mandates to have deeper draft ports and indeed mega ports need to be developed. Similarly, the non-functional ports also need to be prioritized and developed.

A national-level integrated approach is required to augment the existing ports or to develop new ports in an efficient and sustainable manner which in turn will reduce the freight costs to a greater extent and improve the trade growth. The national-level integrated port planning is also highlighted in various report including ‘The World Bank’s Port Reform book, UNCTAD’s ‘Handbook for Planners in Developing Countries’ etc.

MSDC will advise on the planning of all ports including Major Ports. In addition, several conventions pertaining to safety, security and prevention of pollution are incorporated in IP Bill 2021 for implementation of all requirements stipulated in such conventions by all ports.

To address the issues in funding and for the projects that are not suitable to develop under PPP mode, it is suggested that a Special Purpose Vehicle (SPV) may be formed between state government, central government and private players for which interest from the state governments/UTs is requested during the meeting.

Floating jetties are widely used in other countries. The floating jetties have unique advantages in comparison with the convention jetties, like cost-effectiveness, speedy construction, minimal environmental impact, flexibility to expand and relocate, suitable for the locations with high tidal variation etc.

National Technology Centre for Ports, Waterways & Coasts (NTCPWC), IIT Madras was given the mandate to prepare the Detailed Project Report for developing more than 150 floating jetties across Indian Coastline and the work is in progress. It is proposed to utilize the floating jetties majorly for fishing harbours/fish landing centers, and seaplane operations.

The MoPSW informed that the states/UTs are encouraged to explore using floating jetties/platforms for their project and requested states/UTs to identify more locations for developing floating jetties. Projects may be considered for funding from Sagarmala after the due approval of the proposal.

The MoPSW has various infrastructure projects that are undertaken under Sagarmala Programme and National Infrastructure Pipeline (NIP).

The MoPSW requested the coastal states/UTs to expedite the implementation of the projects where the state government is the implementation agency, and funding support can be considered for central funding via grants from MoPSW or via equity funding through Sagarmala Development Company Ltd (SDCL).

Speaking on the occasion, the Minister of MoPSW emphasized the pertinent and urgent need for infrastructure development be it port augmentation, multi-model connectivity through rail/road infrastructure and various project initiatives undertaken through the Sagarmala, National Infrastructure Pipeline, and Sagartat Samriddhi Yojana.

MSDC Background: MSDC is an apex advisory body for the development of the Maritime sector and aims to ensure integrated development of Major and non-Major Ports. The MSDC was constituted in May 1997 to assess in consultation with State Governments, the future development of existing and new Minor Ports by the respective Maritime States either directly or through captive users and private participation. Further, MSDC also monitors the development of minor ports, captive ports and private ports in the Maritime States with a view to ensure their integrated development with Major Ports and to assess the requirements of other infrastructure requirements like roads/rail/IWT and make suitable recommendations to the concerned Ministers.