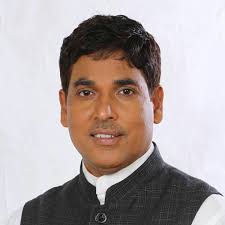 Bhubaneswar : Odisha agriculture minister Arun Kumar Sahoo Thursday virtually flagged off Nano Urea truck for the farmers in the State. The truck containing Nano Urea (Liquid) was dispatched from the Kalol plant in Gujarat to Bhubaneswar in Odisha.

The use of Nano Urea will help increase farmers’ income, reduce input cost and enhance the quality of yield besides reducing the use of chemical fertilizers.

“Nano Urea (Liquid) will not only help increase the income of farmers but will also help solve the problem of Urea in the state. It is a very efficient product,” the minister said while flagging off the dispatch to Bhubaneswar

Agriculture secretary Suresh Kumar Vashishth said that the State would help in the outreach program. “Government of Odisha will extend full support to the innovative product and will create awareness about Nano Urea among farmers,” he said.

Speaking on the occasion, IFFCO MD U S Awasthi said, “We will soon set up Nano Urea (Liquid) and Nano DAP plants and IFFCO Paradip will have the biggest Nano Urea plant.” One half liter of Nano Urea bottle gives equal or better impact when compared to a bag of urea from the effectiveness perspective on crops. Because of its small size it is very convenient to be used by farmers in difficult terrains.

Nano Urea has been tested on many crops and results showed that Nano Urea is very useful in increasing yield and also nutritional quality of the crops. It also helps reduce water and environment pollution thereby making the planet safer for the humans and other living beings.

IFFCO had earlier dispatched Nano Urea shipments to Haryana, Himachal Pradesh, Karnataka, Uttar Pradesh and Jammu and Kashmir. The stocks were sold within half an hour.

IFFCO is already in the process of construction of its plants at its Kalol unit in Gujarat and also at Aonla and Phulpur in Uttar Pradesh in Phase- I by year 2021-22. The total annual production capacity would be initially 14 crore bottles of 500 ml, which will further be raised to 18 Crore.

Kalol plant is dispatching one truck with 15000 bottles of Nano Urea per day and soon the plant would dispatch 10 trucks every day. Kalol plant is producing 6750 tonne equivalent of urea per day, which would result in saving Rs 35,000 crore of Government’s subsidy burden and would also help farmers earn additional Rs 35000 crore.

In Phase-II, four more plants will be commissioned by year 2022-23, producing another 18 crore bottles. Nano Urea has been tested on over 11000 locations, 94 crops and 20 Indian Council of Agricultural Research (ICAR) institutes and State Agricultural Universities.