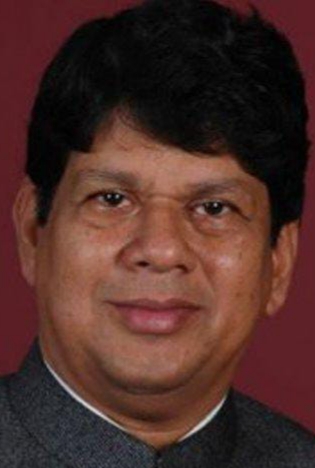 Bhubaneswar: Rajya Sabha MP Aswini Vaishnav become the union railways and IT minister in the recent cabinet expansion by the prime minister Narendra Modi. But all the best wishes, all the congratulatory messages went to Odisha’s BJD legislator.

On July 8 morning, Soumya Ranjan Patnaik, BJD MLA from Khandpada in Odisha’s Nayagarh district, received frenetic calls. His Whatsup space was overloaded with messages. He was surprised that people across the country are congratulating him on becoming the union minister. Getting exhausted after receiving scores of calls and going through the messages, Patnaik inquired about the faux pax committed by well wishers.

To his amusement, he discovered that though Aswini Vaishnav has replaced him as Rajya Sabha member, but the officials in charge of printing the Odisha government diary have not changed the address and phone number of the new Upper House member. According to the Odisha government diary the address of Ashwini Vaishnaw is Plot No.185, VIP Colony, IRC Village, Nayapalli, Bhubaneswarr, Khurda-751015, Odisha, Mob:9937025000. The address and the phone number is, in fact, is the residencital address of Soumya Ranjan Pantaik and his mobile number.

Soumya Ranjan Patnaik, who had been elected to Rajya Sabha from the BJD, had to resign and contest the State Assembly elections in 2019 from Khandpada under Cuttack Lok Sabha constitutency. He got elected with the highest margin the the State in the least election. Patnaik is the editor of Odisha’s largest circulated Odia daily Sambad and has interest in tv news channel Kanak TV, entertainment channel Manjari TV besides Radio Choklate.