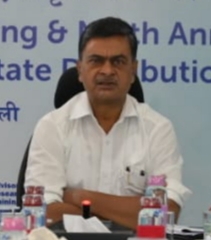 He said that the Indian power sector will beneﬁt from a fair and accurate assessment of the true position of the distribution sector which in turn will help in assessing and improving its performance. This will also assist State governments, lending institutions and other stakeholders to take important decisions.

The minister also congratulated PFC on completing 35 glorious years of formation. He said that over the period, PFC has become a leading NBFC and a key player in financing of the Indian power sector. He added that PFC will be an instrumental strategic partner in government reform schemes for power sector such as Rs. 3 trillion ‘Reforms-based and Results-linked, Revamped Distribution Sector Scheme’, Atmanirbhar Discom package.

Singh further spoke about  achieving the target of One Nation-One Grid- One Frequency with the addition of Transmission Lines of 1.52 lakh cKm. Going beyond infrastructure creation and bridging supply side gaps, the government has also focused on consumer empowerment. He further added that the recently notified “Electricity (Rights of Consumers) Rules, 2020” is a step in this direction.  This major initiative will put consumer at the center-stage, and is an important step towards improving Ease of Living and Ease of Doing Business across the country.

Singh further said that a strong and efﬁcient power distribution sector is the key to the performance and viability of the power sector and the State Power Sector entities play a pivotal role in power distribution in India. He added that Government of India is supporting States for strengthening the Distribution system necessary for providing 24×7 power supply to all households through DDUGJY & IPDS.

The Integrated Rating exercise is carried out on an annual basis since 2012 as per the methodology approved by Ministry of Power. The exercise presently covers 41 States distribution utilities spread across 22 States. ICRA and CARE are the designated credit rating agencies. The Ninth Integrated Ratings have been carried out by ICRA Analytics Limited (IAL) & CARE Advisory Research & Training Limited (CART), the consulting arms of ICRA ratings and CARE respectively. Power Ministry has mandated Power Finance Corporation (PFC) to co-ordinate with the utilities, rating agencies & MoP during the rating exercise. The Ninth Integrated Rating reports of all the 41 utilities have been submitted to MoP and releasing today.