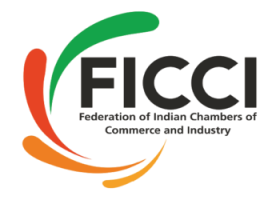 Bhubaneswar:: Odisha excise commissioner Ashis Kumar Singh Thursday said, “The problem of illicit liquor has become a major concern for the state government where more than 20 percent of the market is fake, causing serious damage to public health and state’s economy.”

Addressing FICCI Cascades (Committee Against Smuggling and Counterfeiting Activities Destroying the Economy) capacity building virtual program on ‘Prevention of Counterfeiting and Smuggling for the excise officers of Odisha’, Singh said, “As a progressive state, Odisha is taking crimes related to counterfeiting and smuggling very seriously. The state government has increased punishment for such crimes from three to seven years and fine from Rs 10k to 50k.”

He further stressed that sharing of intelligence, creating fear in the mind of criminals and greater sensitization of excise officials are key to counter this menace effectively.”

PC Jha, Advisor FICCI Cascade and former chairman, Central Board of Indirect Taxes and Customs said, “The pandemic saw a huge setback for the manufacturing sector including the alcohol industry. This unfortunately resulted in less availability of licit products and the gap being filled by counterfeited substandard goods causing greater harm to the life and health of the people.”

Anil Rajput, chairman, FICCI Cascade said, “Implementing effective solutions to the complex problems of counterfeiting and smuggling will require cooperation and innovation from the government, enforcement machinery and industry working closely together.” Thanking the officers from the Odisha Excise Department, he stated that their presence is a testimony to the commitment of the Odisha Excise Department in dealing with the rising menace.

During the session, representatives from the alcohol industry highlighted the various challenges pertaining to counterfeit alcohol in India, be it in the form of refilled branded bottles or using counterfeit packaging or forged tax stamps. The workshop was also helpful in sensitizing the officers on the collaborative role which industry and enforcement can play in thwarting this problem.

Illicit markets have broad economy-wide effects on trade, investment, employment, innovation, criminality, environment, and most importantly, on the health and safety of the consumers. Over and above, it also has a negative impact on the brand image and loss of revenue for industry and governments. In the alcoholic beverage industry, the industry is facing a huge issue of the production of alcohol under non-standard conditions which are much more harmful and life threatening. FICCI Cascade in an earlier report has stated that the grey market of the alcohol industry is about 16.7%, incurring Rs 14,140 crore loss to industry and Rs 6,309 crore tax loss to the government.

FICCI Cascade has over the years organized several capacity building programs for enforcement agencies such as the police, customs, paramilitary forces on a pan India basis for the exchange of ideas and experiences in the enforcement of laws and practices while dealing with counterfeit and smuggled goods.