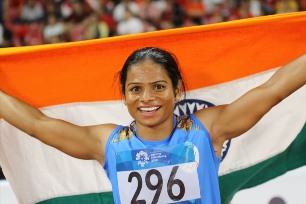 As the 32nd Summer Olympics will get underway tomorrow in Tokyo, eminent personalities from all walks of life which include ex-athletes and others from across the country will join the union minister Thakur and Pramanik to watch the Opening Ceremony at Major Dhyan Chand National Stadium.

The the event is to motivate our athletes as part of the #Cheer4India campaign envisioned by prime minister Narendra Modi. Haryana sports minister Sandeep Singh will also join the event.

India will be sending their largest ever contingent of 127 athletes at these Olympics which also includes the highest female representation of 56 athletes.