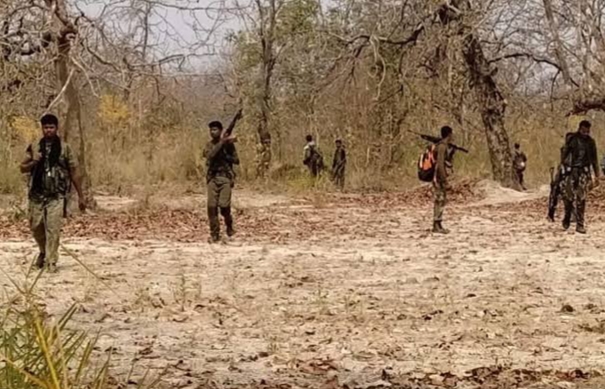 New Delhi: The union minister of state for home affairs, Nityanand Rai in a written reply to question in the Lok Sabha Tuesday gave the details of extortion and kidnapping by Naxalites in the country.

According to reports, Left Wing Extremist Groups, reportedly resort to extortion from industrialists, businessmen and contractors. The State-wise details of total incidents of kidnapping by LWE and resultant killings during the last three years and in the current year are as below:

The details of cases of extortion by LWE groups and the number of persons arrested/killed in the cases of abductions and extortions are not centrally maintained.

The State wise details of damage to economic infrastructure by the LWEs during the last three years and in the current year are given as below:

These include attacks on mobile towers, mining infrastructure, railway properties, Government buildings, schools, roads, bridges etc. The quantum of damage to economic infrastructure and persons arrested in these incidents are not centrally maintained.

The Central government closely monitors the situation and has a multi pronged strategy towards combating LWE including security related measures, development related interventions and ensuring rights and entitlements of local communities.

As per Seventh Schedule of the Constitution of India, ‘Police’ and ‘Public Order’ are State Subjects and as such the primary responsibility of maintenance of law and order lies in the domain of State governments concerned. However, the government of   India has been supplementing the efforts of States affected by Left Wing Extremism (LWE).

Cases related to extortion and damage to property/economic infrastructure are registered, investigated and prosecuted by the State government concerned.