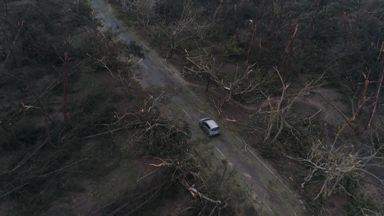 The union minister of State for home affairs Nityanand Rai, in a written reply to question in the Rajya Sabha Wednesday, informed that three people have killed and 18,094 houses were damaged in the cyclone. As many as 72 cattle head lost and cropped area of 5672 ha. have been affected by the cyclone Yaas.

The minister informed that the Central government, even before the receipt of memoranda from State Governments, constituted Inter-Ministerial Central Teams (IMCTs), which visited the affected areas of the Odisha and West Bengal.

As   per   the memoranda / situation reports received from the affected State Governments, details of reported losses / damages are given as under:-

The primary responsibility of disaster management rests with the State governments. The State government concerned, in the wake of a natural disaster, provides necessary relief to affected people, including farmers, from SDRF already placed at their disposal in accordance with government of India approved items & norms. Additional financial assistance is provided from National Disaster Response Fund (NDRF), as per laid down procedure in case of disaster of ‘severe nature’.  In addition, farmers are entitled for compensation under the Pradhan Mantri Fasal Bima Yojna (PMFBY) of the ministry of agriculture, which is being implemented by the State governments.

In the aftermath of Cyclone ‘Yaas’, the Central Government had released the additional financial assistance of Rs. 500 crore to Odisha, Rs. 300 crore to West Bengal and Rs. 200 crore to Jharkhand, in advance, from NDRF for management of relief necessitated by cyclonic storm ‘Yaas’. Besides, Central Government has released first installment of Central share of SDRF for 2021-22 amounting to Rs. 8873.60 crore on 29th April 2021 in advance to all States, including the cyclone affected States.