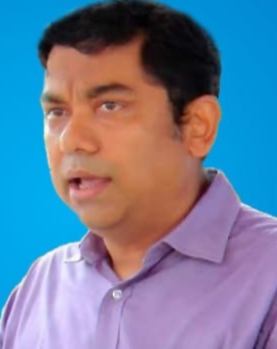 Bhubaneswar: Rinkesh Roy assumed the charge of Divisional Railway Manager, Khurda Road Division, Tuesday.
Roy joined the Indian Railway Traffic Service (IRTS) in 1992. Prior to his assignment as Divisional Railway Manager, Khurda Road, he was working as Chief Operating Manager (Marketing), East Coast Railway, Bhubaneswar. He has worked in various important assignments in the Govt of India namely, as Director, Planning, Railway Board and Director Traffic Transportation, Ministry of Railways, from 2006 to 2012, as Chairman Paradeep Port Trust from 2015 to 2020, as Chairman, Tuticorin, Kamrajar and Vishakapatnam Ports and also as chairman, Dredging Corporation of India and MD of HPRCL.

Rinkesh Roy has done his Masters in Public Management from NUS, Singapore and Kennedy School of Government, Harvard University on a Lee Kuan Yew fellowship in 2013. He did his schooling from Stewart School, Bhubaneswar and graduated in Economics from Ravenshaw College, Utkal University.

He has been to Japan on training for the Dedicated Freight Corridor in 2007 and for Urban Transport systems in 2010. He got training for 25t axle load wagon designing in USA in 2011 and completed UNCTAD course on Port Management at Ireland. He undertook Port modeling studies in UK and Spain apart from being part of high level delegations to Denmark, South Korea and Russia.