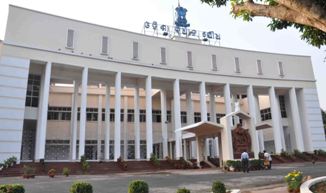 Bhubaneswar: The Odisha Assembly Wednesday passed the Odisha Panchayat Acts paving the way for holding elections in the State in due next year.

The reservation of seats for OBC in Gram Panchayat, Panchayat Samiti and Zilla Parisad level, in fact, had been the stumbling block in carrying out the polls.

The State had 27% reservation for OBC in the three-tier Panchayat polls. However, there was a huddle in implementing the same due to 50% reservation cap fixed by the Supreme Court.

The State government had gone to the High Court in this matter. The High Court, however, stick to 50% cap.

“Now, in view of the decisions of the Courts, the State government is left with no other option but to amend the relevant provisions of the Odisha Grama Panchayat Act, 1964, the Odisha Panchayat Samiti Act, 1959 and Odisha Zilla Parishad Act, 1991. Therefore amendments of the above three Acts have been proposed to fix the upper celling of reservation of seats for SC, ST and BCC to 50% and the upper limit of reservation of seats for BCC not to exceed 27%.”