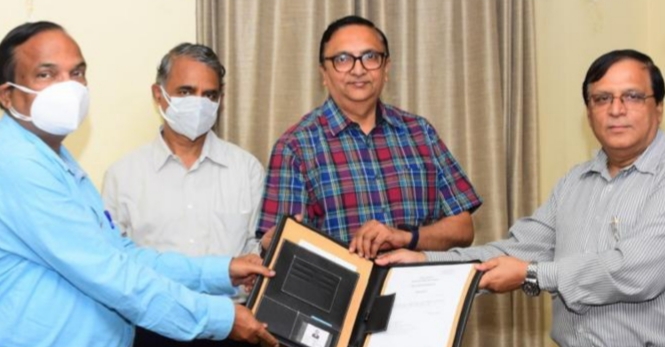 Manjul Tewari has over 32 years of work experience in various facets of Corporate Communication in NTPC. He not only managed the Corp. Comm affairs of NTPC projects such as Vindhyachal in MP, Dadri in UP and Pakri Barwadih in Jharkand , he also effectively dealt with Corp. Comm challenges while discharging his duties at NTPC’s Corporate Office in New Delhi. Launch of advertising for IPO of NTPC and Power Awareness Programmes of Ministry of Power were among some of the major Corp. Comm. Programmes effectively dealt by him. He was looking after the Corp. Comm. Affairs of the NTPC’s Eastern Regional office in Bhubaneswar since 2017 . A widely travelled person, Tewari has set up international exhibitions for NTPC in Russia and Canada. He has also contributed several articles and news reports in various journals and newspapers of repute.

Recently Tewari was bestowed upon PR Hall of Fame Award by the Public Relations council of India at the 15th PRCI Global Conclave held at Goa. This award was presented to Tewari for his significant contribution to the profession at a function in the sea side city.