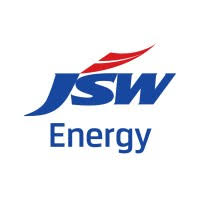 This move will help the Company in building and streamlining its renewable portfolio and setting up a holding structure which is efficient for fund-raising and unlocking value for shareholders. In May’21, JSW Hydro Energy had issued green bonds of USD 707 million, which was the largest hydro green bond issuance in Asia.

Prashant Jain, joint managing director and CEO of JSW Energy, said: “JSW Energy has laid out a growth plan to reach 20 GW of power generation capacity by 2030, with about 85% of this capacity via renewable energy. With our healthy balance sheet and proven project execution expertise, we are one of the best positioned companies in the sector to undertake robust growth plans in the renewable energy space. Given our plans, we are strategically re-organising our Company to more effectively support our growth strategy and to help unlock value for shareholders”

JSW Neo Energy Limited will be the vehicle for JSW Energy to drive the Company’s growth plans in renewable energy – across Generation, Energy Storage and Green Hydrogen. The Company’s operational hydro projects (Karcham: 1,091 MW, and Baspa II 300 MW) and all upcoming renewable energy projects will be housed in subsidiaries under JSW Neo Energy. Currently, around 2,458 MW of renewable projects are under-construction: 2,218 MW of wind and solar projects, for which PPA have already been signed, are expected be commissioned in the next 18-24 months, while the 240 MW Kutehr hydro project is expected to be commissioned in the next 36-40 months. With the commissioning of these projects, the Company’s total generation capacity will increase to ~7 GW, with the share of renewable energy increasing from 30% now to about 55%.

JSW Energy Limited has joined the global movement of leading companies that are aligning their business to limit global temperature rise to 1.5°C above preindustrial levels, and reach net-zero value chain emissions by no later than 2050. JSW Energy has set an ambitious target for 50% reduction in carbon footprint by 2030 and achieving Carbon Neutrality by 2050 by transitioning towards renewable energy. The Company has committed to set a science-based target through the Science Based Targets initiative.