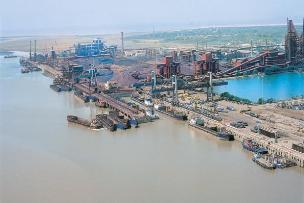 Taking forward, the 14th “Inter- Gram Panchayat Volleyball Tournament” is being organised by the Foundation at Dosinga playground on 19th and 20th Dec’21. As many as12 teams from 09 periphery Gram Panchayats of Adani Dhamra Port have participated in this tournament. From the league, Balimunda (Where our Airport is coming up), Amar Nagar (Last 05 years Champion), Karanpali and Bansada went to the Semifinal. Finally, in the final, Bansada team won the championship by defeating the 5time winner Amar Nagar team in set 5. Mr. Bijay Kumar Rout of Amar Nagar and Mr. Aswini Kumar Swain of Bansada were awarded as the player of the tournament and smasher of the tournament respectively.