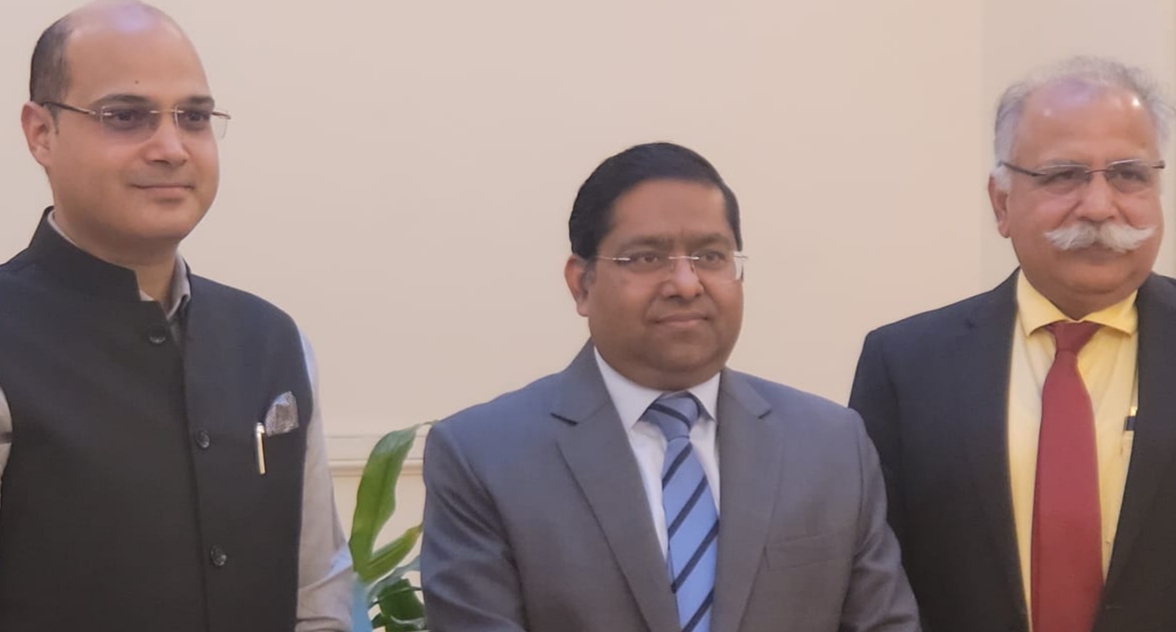 Bhubaneswar: In its bid for the economic growth of Odisha, The Utkal Chamber of Commerce & Industry Ltd (UCCIL) has appealed for the investors of USA to visit Odisha and explore the land of opportunities as it has immense investment potential in the fields of aluminium, steel, chemicals and petrochemicals, food processing, information technologies, etc.
The president of Utkal Chamber of Commerce & Induatries Ltd. (UCCIL), Brahma Mishra, during an interaction with India’s Consul General in New York, Randhir Jaiswal and his deputy Varun Jeph, brought to their notice the potential Odisha holds as an investment destination and urged to promote the State among the American investors as an investor-friendly and resource-rich state so that they would come forward to invest in Odisha.
Highlighting Odisha as an attractive and upcoming investment destination, Mishra revealed UCCIL plans to woo investors to promote Atmanirbhar Bharat and Make in India mission.
“We will participate in Utkal Divas ceremony at Consulate General Office in New York to showcase the economic drive of Odisha under the able leadership of prime minister Narendra Modi and chief minister Naveen Patnaik,” said Brhama Mishra.
The UCCIL president urged the Consul General to support them organise a US delegation comprising economists, business journalists, representatives of commerce and chambers to visit Odisha, so as to assess the growth potential for investment and technology transfer.
He also requested for a roundtable business discussion during July 2022 where the UCCIL would present Odisha and its economic investment potential.
Brahma Mishra also suggested the visit of a delegation comprising senior officials from Industries, Tourism, Finance and business /finance reporters and members of The Utkal Chamber of Commerce & Industry Ltd to visit and interact with potential Investors of the USA.
In a bid to promote Odisha’s rich cultural heritage, Mr Brahma Mishra suggested displaying the world famous Konark Wheel at Times Square for a month during July-August this year and requested sponsorship. He also requested the Consul General to display rare and exclusive artefacts of Odisha at the Consulate General so as to promote the state of Odisha as a land of rich culture.
Thanking the Consul General for his kind appreciation of the UCCIL efforts in promoting economic growth for the State in particular and India in general, Brahma Mishra suggested the name of Akanksha Mishra as the nodal person/brand ambassador to support UCCIL in carrying forward its mission.