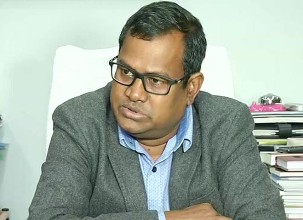 Bhubaneswar: Malkangiri Airport in Odisha is expected to operate flights by January 2024.

Construction of new airport at Malkangiri was put on fast track with chief secretary Suresh Chnadra Mahapatra reviewing its progress in a high level digital meeting wherein principal secretary commerce and transport Bishnupada Sethi outlined the issues for discussion.
Reviewing the progress made so far, Mahapatra directed works department to operationalise the air port for State planes by January, 2024. He said, “As Malkangiri is the farthest district from State head quarter, the airport will add to boosting the quality health and education services in the area”. Besides, he added, the airport would also enhance the economic and commercial activities in the district. He directed to construct the airport for State planes in the first phase which would be extended further with the growth of demand for bigger flights.

Principal secretary Sethi said, “Presently Malkangiri airfield can be developed as a 2B category airport. As of now, land acquisition is over, and raising of concrete posts with barbed wire fencing along with the gate has been completed. Administrative approval has also been accorded for the project estimated around Rs 29 cr”. He added that the project would involve the Government land of around 74 acres, private land of around 126 acres, and forest land of around 33 acres.
Further, Sethi said that alienation of government land of around 74 acres was done, Stage-1 forest clearance obtained, and the Stage-11 forest clearance was in the process. In the meanwhile Obstacle Limitation Surface (OLS) survey was completed by Airport Authority of India (AAI). Around 54 families who needed to be shifted were included under rural housing schemes, and construction of their houses was also completed.