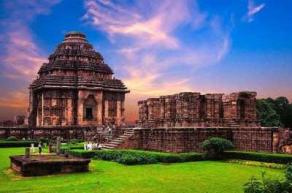 Bhubaneswar: The spate of idol thefts in Odisha in recent days is an indicator of the organised crime in the State. Odisha tops the list both in temple idol thefts and  the failure to recover the stolen  artifacts. In every decade since the 1950s, the number of idols smuggled out of India is between 10,000 and 20,000. And the looting continues to this day. The National Crime Records Bureau states that more than 15000 items were stolen from Indian temples between 2010 and 2012.

According to an 2018 audit by the Hindu Religious and Charitable Endowments Department, 1200 ancient idols were stolen between 1992 and 2017 from the temples of  Tamil Nadu alone. Overall, 4,408 items were stolen from 3,676 protected monuments across India during the same period, but only 1,493 were intercepted by police. Of the remaining artifacts, around 2,913 items are feared to have been shipped to dealers and auction houses worldwide.  The same will hold true for Odisha too, only we do not have official figures.

Odisha perhaps has the most ancient idols and images  among all States. They are everywhere; in small shrines, little temples, huge sacred complexes, strewn over in archaeological sites.  The state has become a major hub for illegal idol exports as container shipment is facilitating their exit by sending the stolen items along with the recently made statues and idols.

The State Convener of INTACH,  Amiya Bhusan Tripathy, who is also the former DGP of Odisha, lamented that there is an absolute lack of awareness and gross apathy regarding the intrinsic value of these idols which represent the rich cultural heritage of the State. The prevailing laws intended to prevent idol thefts and burglary are inherently ineffective. A holistic National Heritage Protection Policy and System should be put in place. There is no true objective data base for all the antiques, both stone and metallic idols in the approximately 22,000 ancient places of worship in Odisha. It is true that more than 95% of the antique idols in these temples remain legally unregistered as the National Mission on Monuments and Antiquities remains incomplete.

Tripathy further says that  Odisha is the easiest target.  The State does not have a dedicated enforcement wing for heritage crimes, the law enforcement agencies are not aware of the enormity of these thefts. Heritage crime is a sophisticated crime akin to cyber and wildlife crime.  It’s unfair to expect a Sub- Inspector or a Havildar to solve it.  The State needs a special   wing which understands  art valuation,  shipping,  documentation, currency transfers. The State does not have mandatory registration of old idols.

Dr. Biswajit Mohanty another senior member of INTACH blames the inconsequential and weak legislations like the Antiquities and Art Treasures Act, The Ancient Monuments and Archaeological Sites and Remains Act and the Ancient Monuments Preservation Act, 1904 are ineffective to curb these crimes. Mohanty is of the opinion that new legislation and amendments are the pressing needs of the hour. The Antiquities and Art Treasures Act, 1972, for instance, aims to protect “antiquities,” an omnibus term that includes, among other items, sculptures in stone, shrines, terracotta, metals, jewelry, ivory, paintings in paper, wood, cloth, skin, and manuscripts over a hundred years old.

“Sadly the Antiquities Act has no penalizing provisions and the only section available for heritage thefts is IPC Section 370, which predominantly deals with house breaking theft and carries a maximum penalty of six years and Rs 3000 It needs to be revamped and made more stringent,  adds Mohanty.

Heritage explorer Deepak Nayak, who has worked on the  recently completed  three year long survey of the heritage of the Mahanadi valley   has made shocking revelations in the yet to be released report.  As the Project Co-ordinator of this project, I and Deepak have discovered   rampant theft of ancient artifacts all along the course of the river valley. Many hitherto earlier reported and documented images, carved panels and archaeological pieces were just missing from their rightful places.  Even temples which are in the submergence area of the Hirakud reservoir have been vandalized by idol  thieves.

Earlier, when I had done the detailed survey of the Antiquities of the Prachi Valley, I had found out that more than 300 valuable idols were missing in the different  temples and mutts. Idols which had been photographed and documented by scholars in the last three decades have vanished.  I collected details of  48 FIR’s  that had been filed in different Police Stations of the Prachi valley in the last decade, only one recovery had been made. Precious Jain and Buddhist idols have vanished in the last decade. Many rare sculpted pieces are lying in abandon and in the open. In the Buddhist sites of Ratnagiri and Lalitagiri, many of the votive stupas have been stolen and removed from their original places.

Singapore based S.Vijay Kumar, who has been tracking the theft of venerable gods and goddess for 15 years, has written  about  this in his book  “The Idol Thief”. He has  given the details of the modus operandi of  India art loo,  how even huge objects like  15-16 tonnes sculptures, left the country by Ocean containers, declared as brassware and garden furniture. The US is the biggest market for  Indian  stolen pieces, followed by the UK and now  the trade  is moving to Australia, according to Kumar. Giving a comparison,  Italy was the front runner in protecting its artwork with tough laws which has helped recover 678,000 pieces  till 2020  while India has rescued  127 pieces since 2012.

Many auction houses, dealers and private collectors and even government funded museums all over the world openly flout norms , rules and laws and buy India art.  They practice poor due diligence  and do not ascertain the legitimacy of the objects they buy.  This is because they know that India does not have the will to go after the robbers who stole and sold them.

There is no internal demand for these things in India.  All the stolen items go abroad. According to Kumar, the task  of buyers and sellers of stolen Indian art  is made easier  by international experts who routinely authenticate stolen artifacts.  Reputed scholars, including Padma awardees, provide advice to dealers and buyers and assist in selling the loot.  In fact many scholars publish research papers  based on these rare images , but list them as belonging to “private collections”, withholding vital information on where, when, who and how.

Proper methods should be adopted as per international norms to discourage this rampant illegal trade. The metal idols should have laser markings as the base as evidence of ownership. In the event of theft, this will be evidence. The stone idols should have metallic engraving at base having the name of the temple and the place. The State Archaeology Department should develop a data base by photographing and documenting the physical dimensions of the antique idols including their specific identifying features. There have been many instances where recovered stolen idols could not be traced back to their original places, and are lying in different police malkhanas and the ASI godowns. Many recovered images stolen from Odisha cannot be traced back to the  place they were stolen from.

According to A.B.Tripathy, “there is a Odisha High Court judgment that the artifacts in the  unclaimed Malkhanas should be kept in the respective State museums under proper inventory. This judgment was raised in Allahabad High Court. ”   He has written to the Superintendent of the Odisha State Museum and is waiting for a response.