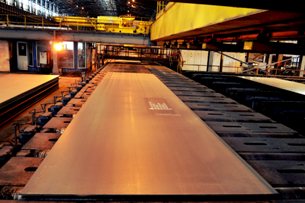 Rourkela: A series of records and benchmarks were set by Rourkela Steel Plant (RSP) in the financial year 2021-22 in varied fields of endeavour right from production and productivity to techno-economics and projects. Annual Business Plan (ABP) targets were achieved   in number of areas for the first time while many old Mills too recorded their best performance since inception.

Congratulating the RSP collective over the exceptional performance, Atanu Bhowmick, Director In-Charge said, “If the previous year was quite eventful, the new fiscal is going to be even more challenging.  I am confident that with our committed and cohesive efforts we can reach any goal we aim for.”