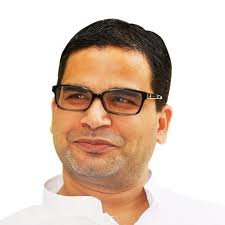 For Prasant Kishore one needs a strong message to give out to voters, a influencial messenger or political leader to convince people, a well-oiled machine that is party organisation to reach out to people and mechanism to work out whole exercise.

Prasant Kishore was in a webinar on Tuesday evening.

Stating that State assembly elections are different from Lok Sabha elections. In State election parties can blunt nationalism by sub-regionalism.

The poll strategist said BJP would continue as pan India party for next 30 to 40 years. He said Congress has lost its Pan India presence after 1985. Since then, whenever it’s is in government it is in coaiition with other parties.

He said Congress biggest strength is it’s legacy and inertia is is it’s greatest weakness.

Success of Modi government is the changing evolution of PM Modi. The recent narrative veers round Modi is that he has made India a proud nation in the world.

Prasant Kishore’s ideal political hero is Mahatma Gandhi and LK Advani. Advani because he made BJP a pan IndIa party.