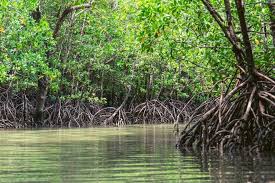 Bubaneswar: Odisha chief minister Naveen Patnaik, while inaugurating a conference of Divisional Forest officers, here on Thursday, directed the senior forest officers to prepare a concrete roadmap for improving the health of State forests and enhancing the living standards of forest fringe villagers. A two-day conference of DFOs has been organised at State convention centre in Lok Seva Bhawan.

The chief minister said that in spite of the difficult situation due to the pandemic, the forest cover has improved in last two years as per India State of Forests Report- 2021.

“We have added highest number of mangrove forests in the country and third highest in total increase of forest cover between 2019 and 2021. This has been possible due to constant support of our people, the VSS members and tireless effort of forest staff in the field”, he said. He called upon the officials to work towards continuing this trend in the years to come.

He said that afforestation is a key component for providing employment to people in forest fringe villages. He advised the officials to rope in Women Self Help Groups for raising seedlings for the Forest Department.

He urged to carry the plantation programmes under the 5T Initiative. This would bring transparency, timeliness and encourage team work among all stakeholders, he added.

He said that many of the forestry programmes such as Joint Forest Management, and the Odisha Forestry Sector Development Project have been successful in providing livelihoods and empowering the local communities.

Speaking on various issues such as Human-Elephant conflict, Trafficking of wildlife, and the incidents of forest fires, he said that these are key concerns where we need to prepare an integrated plan with a focussed approach for significant reduction in such cases.

He expressed happiness over Odisha becoming a leading state in harnessing digital technology in forest management.

Speaking on the occasion, forest minister Bikram Keshari Arukha outlined the initiatives taken by the department under the vision of the chief minister. He noted that the department has successfully reduced incidents of forest fires by fifty percent this year in comparison to previous year.

Chief secretary Suresh Chandra Mohapatra said that apart from the usual functions of forest conservation and wildlife protection, the department now has a larger role to facilitate projects that provide livelihood support for people living in forest areas. He said that the State green cover is increasing consistently for last 20 to 25 years. He added that reforms have been effected in the Department to streamline various processes and initiatives.