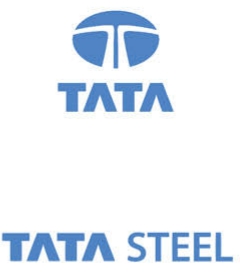 The Beginning
When J N Tata visited Manchester in 1867, he attended a lecture by Thomas Carlyle where Carlyle said, “The nation which gains control of iron, soon acquires control of gold”. This statement had a profound effect on J N Tata who consequently decided to set up a steel mill in India. However, the mining terms offered by the government were too restrictive, hence nothing came out of it. But in 1899, Major Mahon in a report recommended that the steel industry be promoted in India. This changed it all.
Contributors of Tata Steel
Jamsetji Tata visited the United States in 1902 in pursuit of building relationships and advancing his knowledge of the industry. He met Julian Kennedy, the head of the firm of engineers – Julian Kennedy, Sahlin and Co. Ltd, and expressed his desire to establish a steel plant in India. Kennedy then recommended that Jamsetji reach out to Charles Page Perin, an eminent consulting engineer in New York.
Recalling his interaction with Jamsetji, Perin says that he was surprised to see a stranger at his door requesting him to come to India to build a steel plant. But it was J N Tata’s character and kindliness that influenced Perin to say ‘yes’.
The search for proper minerals eluded the Tatas initially. But on February 24, 1904, a letter from P.N. Bose put Tatas on the right track. The letter spoke of the good quality iron available in the Mayurbhanj state and the availability of coal in Jharia.
In 1905, Perin and C.M. Weld presented their report on how the steel plant would be erected. In September 1905, the Maharaja of Mayurbhanj granted the prospecting license to the Tatas. In 1906, through an official letter, the Government of India declared its intent to help the Tatas by promising to purchase steel for a specified period of time and providing any other assistance which would enable the company to start production.
The Foundation Day
On August 26, 1907, the Company was registered in India with an original capital of Rs 2,31,75,000. This day is now celebrated as the Foundation Day of Tata Steel.
In 1908, the construction of the Jamshedpur works began, and the steel production started on February 16, 1912.

Building a Society
Societal welfare has always been at the heart of the Company. Tatas introduced facilities in Sakchi, now Jamshedpur, to improve the quality of life of its citizens. The first hospital was established in 1908 and the growth of educational facilities ran parallelly. The town also grew to maintain the growing steel plant – more hospitals, schools, roads, and the organisation of better water supply, economic utilisation of waste to meet the needs of the growing population were undertaken.
Post-war Financial Crisis
After World War 1, the demand for steel reduced tremendously. There were no tariff laws for the steel industry, and this led to foreign steel being sold in India at a cheaper cost which eroded Tata Steel’s market further. To make matters worse, in 1924, an earthquake struck Japan, the Company’s principal customer for pig iron. To save the Company from the brink of closure, Sir Dorabji Tata pledged his entire personal wealth including his wife’s jewellery to secure the necessary bank loans and keep the Company alive.
Milestones
The Company took steps to maintain a progressive relationship with the workers. This was further strengthened in 1956 when an agreement with the Tata Workers’ Union laid the groundwork for a closer association of employees with Management in the working of the industry.
In 1955, Tata Steel signed a contract with Kaiser Engineers to launch a two million tonne programme to upgrade its capacity. The two million tonne programme, the largest project then in the private sector began in 1955 and was completed in December 1958. It ensured a secure base for raw materials and service besides adding new facilities for iron-steelmaking and rolling.

Furthermore, Tata Steel initiated a 4-phase modernisation programme to upgrade the steel plant. The ground-breaking ceremony for the first phase was performed by JRD Tata on December 8, 1980. A new modern LD Shop which was ecological and energy efficient was commissioned in this phase.
The second phase of modernisation shifted to improved ironmaking through technological improvements such as raw materials preparation and use of high sinter in the blast furnace burden. This, in turn, ensured further utilisation of the steelmaking potential available after Phase I. The new facilities installed during this Phase were a raw material bedding and blending yard, a new 1.37 MnTPA Sinter Plant, a 54 Oven Coke battery, and a 3,00,000 TPA Bar and Rod Mill. After the completion of Phase II, Tata Steel’s annual crude steel capacity rose to 2.5 MnTPA.
In the third phase of modernisation, the Company turned its attention to the economies of scale, further technological upgradation, high productivity, and large energy savings. The facilities included a new 1 MnTPA Blast Furnace, an LD Shop, a 1 MnTPA Hot Strip Mill, and auxiliary facilities such as a 500 TPD oxygen plant, two 300 TPD calcining plants, a 300 TPD dolomite calcining plant, and a 62.5 MW power plant. From the 1950s to the end of Phase III, Hot Metal production increased from 1.90 MnTPA to 3.15 MnTPA, crude steel from 2.0 MnTPA to 3.05 MnTPA, and saleable steel from 1.52 MnTPA to 2.70 MnTPA.
In addition to modernisation, Tata Steel had defined its vision for the next millennium and had embarked on an unprecedented expansion in flat products. As a first step, taking into account the doubling of the capacity of the Hot Strip Mill and a 1.2 million tonne Cold Rolling Mill complex which was commissioned in Jamshedpur in the year 2000.
The continued emphasis on modernisation had not only improved productivity but also enabled it to provide a new range of products that met the ever-increasing demands of discerning customers. The Company is now strongly focused on strengthening its product mix for high growth and high returns, to become one of the world’s lowest-cost steel producer, and a dominant player in the markets where it chooses to be.
Growing Responsibly
As the Company celebrates its 116th Foundation Day, Tata Steel has demonstrated a spirit of resilience and an ability to grow despite global changes. It is one of the few players who are fully integrated – from mining to manufacturing to the marketing of finished products.
Today, Tata Steel has an annual crude steel capacity of 21.6 MnTPA in India and the Company’s goal for this decade is to double the capacity to reach 40 MnTPA.
Tata Steel is currently accelerating the 5 MnTPA expansion programme at its Kalinganagar plant post which the capacity will go up from existing 3 MnTPA to 8 MnTPA, which can be further expanded to 16 MnTPA. A 6 MnTPA Pellet plant at Kalinganagar will be commissioned in FY23 followed by the Cold Roll Mill complex. Tata Steel is also developing plans to expand its site in Meramandali which can be expanded from current 5.6 MnTPA to 10 MnTPA.
The recent acquisition of Neelachal Ispat Nigam Limited provides a significant opportunity for Tata Steel to not only restart the 1 million tonnes per annum steel plant expeditiously but also begin work immediately to build a 4.5 million tonnes per annum state-of-the-art long products complex in the next few years, and further expand it to 10 million tonnes per annum by around 2030.
Additionally, the Company is looking to add 0.75 million tonnes of capacity through scrap-based production through its first electric arc furnace which will be set up in Punjab, close to the scrap-generating Auto hub in Haryana.
Currently, the total iron ore production from the Company`s captive mines in Noamundi in Jharkhand and in Katamati, Joda, and Khondbond blocks in Odisha, is about 32 MnTPA. The Company has acquired iron ore reserves of around 100 million tonnes with Neelachal Ispat. Tata Steel is planning to augment its iron ore production from the current level of 32 million tonnes per annum to 48 million tonnes per annum by FY25 and then to 60-65 million tonnes per annum by 2030.
Tata Steel continues to deploy industry-leading solutions to reduce its carbon footprint. The Company commissioned India’s first plant for CO2 capture from blast furnace gas at Jamshedpur and conducted a first-of-its-kind trial for continuous injection of Coal Bed Methane in the blast furnace to reduce emissions. Further, it became the first steel producer globally to join the Sea Cargo Charter to reduce Scope 3 emissions in ocean trade. The Company also deployed its first biofuel-powered ship to transport imported raw materials and pioneered the deployment of electric vehicles for transportation of finished steel in India.
While Tata Steel is focussed on improving production, efficiency, go-to-market strategy, and share of value-added products, the Company continues to invest in technologies that reduce emissions, drive resource efficiency, aid the global transition to a low-carbon future, and improve safety at work. To the Company, this is responsible growth.