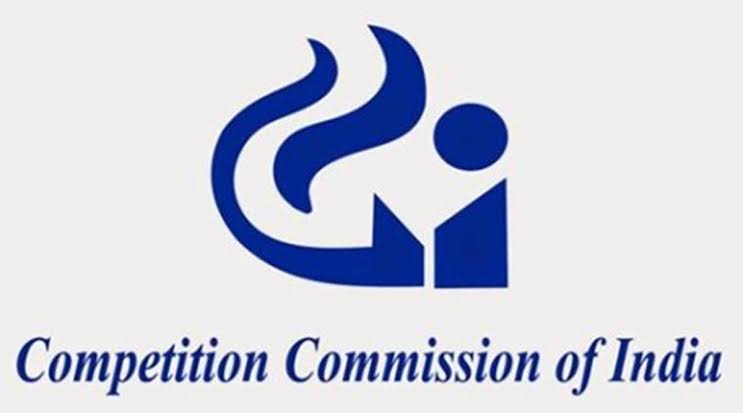 New Delhi: The Competition Commission of India (CCI) has imposed monetary as well as behavioral sanctions on MMT-Go (MakeMyTrip and GoIbibo) for abusing its dominant position and also for having anti-competitive arrangement with OYO (Oravel Stays Limited). Monetary penalty is also imposed on OYO for its anti-competitive arrangement with MMT-Go vide which MMT-Go delisted the competitors of OYO from its online portals in 2018.

The CCI carried out an in-depth analysis for delineation of relevant market, laying special emphasis on such assessment in case of platform markets. Commenting on the role of interdependencies in two-sided or multi-sided markets, the CCI opined that it is important to understand the nature of the interaction and interdependencies between the different sides of a multi-sided platform so as to ascertain the impact of such interaction or interlinkages in the analysis. However, the role of such interdependencies at the time of delineating relevant market should be limited to understanding the impact of such interactions on the substitutability analyzed primarily from the aggrieved user side. When apparently there are two distinct products/services which are being supplied (by the same seller i.e., the OTA) to two distinct set of buyers (end-consumers and hotel partners), ascertaining substitutability only from the perspective of one user group (i.e. the end-consumer in the present case) may erroneously conflate the competitive constraints that exist separately and distinctly in relation to each user side.

The CCI nevertheless undertook substitutability assessment from the perspective of both user groups. From the end-users’ perspective, the CCI relied upon the ‘Search, Compare and Booking’ (SCB) functionality test and observed that owing to the distinct characteristic features of the OTAs, they may not be comparable with other online modes.

As regards the substitutability from the point of view of the hotels (including the franchise hotel service providers) also, which the CCI found more appropriate for relevant market determination in view of the allegations under consideration, the CCI did not find OTAs to be interchangeable with other modes of booking. The CCI opined that hotel partners desire listing on OTAs primarily for visibility and discoverability. Drawing a distinction between presence and visibility on online platforms, the CCI opined that when a hotel partner opts for a channel of distribution like an OTA, it is more for visibility (and discoverability) which is focused to ensure that the target market can discover the hotels, as opposed to merely being present on the online portal. As regards multi-homing by end-consumers as well as hotel partners, the CCI viewed that multi-homing does not necessarily imply a single relevant market encompassing all options used by end-users to consummate their bookings. Presence of hotels on multiple channels does not necessarily mean substitutability and can also be consistent with complementary use to target different consumer groups.

Inter-alia for these reasons, the CCI concluded that, firstly, online and offline are not part of the same market and secondly, even within the online segment, OTAs constitute a separate relevant product market. Accordingly, the relevant market was defined as “market for online intermediation services for booking of hotels in India”.

As regards dominance, the CCI considered various factors under Section 19(4) having due regard to the dynamic nature of the market under consideration and found MMT-Go to be holding a dominant position in the market for online intermediation services for booking of hotels in India during the period of inquiry, i.e. 2017-2020.

Based on an in-depth assessment, the CCI found that the deep discounts and parity conditions, in conjunction, creates an ecosystem that reinforces MMT-Go’s dominant position in the relevant market. Firstly, it helps MMT-Go to retain and further increase its network of users/travelers, who would increasingly use the platform for availing the best deals. Secondly, it impedes the competitive process between OTAs by limiting the competitive levers/instruments at the disposal of other portals who, for instance, cannot get better prices from hotels by offering lower commission rates. Thirdly, the consequent adverse effect on sale of rooms through other platforms/channels and their user bases, further accentuates the dependence of hotels on MMT-Go as well as the bargaining power imbalance that already exists between MMT-Go and its hotel partners. Fourthly, the increased sales through MMT-Go may lead to unilaterally determined higher commissions charged by it, giving it the ability to also pass on discounts which are admittedly funded through these commissions, which may adversely impact the prices at which the hotels rooms are being offered to end-consumers.  The conduct of MMT-Go was thus, found to be in contravention of Section 4(2)(a)(i) read with Section 4(1) of the Act.

As regards the allegation pertaining to misrepresentation of information by MMT-Go wherein MMT-Go was showing certain hotels/property as ‘sold out’ on its portals while the same were only delisted and may have had available rooms for booking, the CCI observed that MMT-Go is a dominant player in the relevant market and consumers heavily rely on results being shown on MMT-Go’s website. Any such misrepresentation of information on MMT-Go’s platform could affect the perspective of the consumer and may dissuade the consumer from searching on alternative channels for the same hotel, under the assumption that the hotel is sold out. This could result in lower number of room bookings of the hotel partner and also reduce the competition amongst the budget hotels registered on different OTAs, thereby leading to exclusion of such hotels, besides this act of misrepresentation being exploitative in nature as regards such hotels.

Though the DG had also returned a finding of predation against MMT-Go, the CCI noted the submissions made by MMT-Go, in light of which the CCI found it difficult to determine the reliability and validity of assumptions on the basis of which assessment was done by the DG. The CCI, thus, did not accept the said finding of the DG.

Besides abuse of dominant position by MMT-Go, the CCI also examined the commercial arrangement between MMT-Go and OYO vide which FabHotels and Treebo were delisted from the former’s online portals in 2018.  Based on the material available on record, the CCI found that there was an agreement/understanding between OYO and MMT-Go which was in the nature of a vertical arrangement amenable to Section 3(4)(d) read with Section 3(1) of the Act and the same had adversely affected competition in the market by denying access to an important channel of distribution through foreclosure. Further, the CCI also observed that though FabHotels and Treebo were relisted by MMT-Go pursuant to the intervention of the CCI in 2021, such relisting needs to be on equitable terms.

Observing that besides imposing monetary penalty, it is imperative for the fair market regulator to ensure an environment that supports fair competition, the CCI prescribed certain broad behavioral remedies to MMT-Go. MMT-Go has been inter-alia directed to modify its agreement with hotels/chain hotels to remove/abandon the price and room availability parity obligations with respect to other OTAs and also the exclusivity conditions that exist inter-alia in the form of D-minus clause. Further, MMT-Go has been directed to provide access to its platform on a fair, transparent and non-discriminatory basis to the hotels/chain hotels, by formulating the platforms’ listing terms and conditions in an objective manner. MMT-Go has also been directed to provide transparent disclosures on its platform as regards the properties not available on its platform, either on account of termination of the contractual arrangement with any hotel/chain hotel or by virtue of exhaustion of quota allocated to MMT-Go by such hotel/chain hotel.