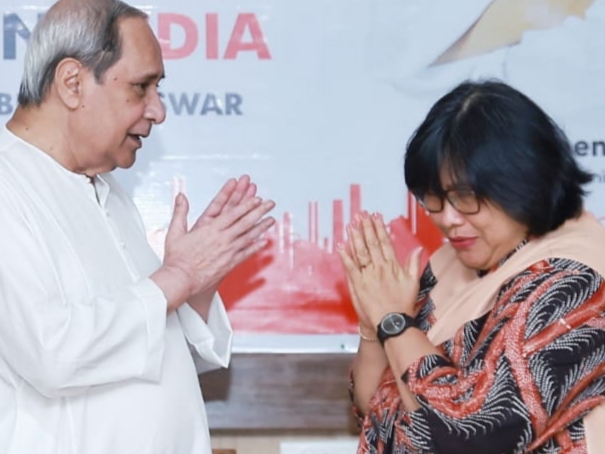 In the run up to Make in Odisha-2022 from November 30 to December 4, the Chief Minister interacting with the ASEAN Heads of Missions, said, “Odisha has the boon of geography and has been blessed with natural resources and major ports on the Bay of Bengal.

We are the gateway to the ASEAN region.

As we move to a modern world, connected more and more through technology, I hope that we can renew the strong ties between our two regions. I hope that in the coming years we can further strengthen our trade ties and not just that, I also hope that we can increase our cultural ties and come up with more cultural exchange programs.”

The meeting was held at the Convention Centre, Lok Seva Bhavan.

The Chief Minister also invited the Ambassadors to attend the Make in Odisha Conclave’22 along with their trade delegations.

He further said that the MIO Conclave’22 is a great platform to further strengthen the business ties between the two regions and Government of Odisha will facilitate Government to Business and Business to Business meeting with local companies and the trade delegations of ASEAN Nations.

He also requested them to set up country desks in the International Pavilion at the MIO Conclave.

Ms. Pattarat Hongtong, Ambassador to Royal Thai Embassy, who led the team, expressed her sincere gratitude to the Chief Minister and Odisha Government for the hospitality. Speaking about the historical trade and cultural ties between Odisha and ASEAN nations spanning over 2500 years, she said that there is a huge potential for trade and cultural relations with Odisha. She spoke highly about the beautiful settings of various sites in Odisha. She said that they have firm belief in Odisha’s economic potential and they will highlight this in their respective countries. She said that there is huge scope for exchanges in food processing, services, hospitality and medical tourism.

A senior delegation of ASEAN Heads of Missions in India led by Ms. Pattarat Hongtong, Ambassador to Royal Thai Embassy, India concluded their 3-day visit to Odisha today with a fruitful meeting with Shri Naveen Patnaik, Chief Minister of Odisha. The delegation came to Odisha on 26th October 2022.

The delegation of ASEAN Heads of Missions in New Delhi had accepted the invitation by the chief minister to visit Odisha during the Ambassadors’ Meet held in New Delhi in August last in the lead up to Make in Odisha Conclave’22.

The Chief Minister presented mementoes to the guests.

The summit also saw the participation of all the major business associations and industries of Odisha.

The aim of the summit was to discuss ways to further strengthen the trade as well as cultural ties between Odisha and South East Asia.

The 3-day visit by the ASEAN delegation to Odisha has been a historic one, rekindling the strong cultural and trade ties between the two regions.

This visit will open up new avenues for not only Government to Government but also Business to Business and People to People contact.

It also can establish Odisha as the epicentre of India’s trade ties with South East Asia.