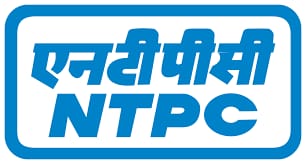 Bhubaneswar: BEE 2022, the State Level National Painting Competition was held at the Institution of Engineers Auditorium, here on Friday.
For the State of Odisha, NTPC Eastern Region-II Headquarters was coordinating the Competition for Odisha on behalf of the Union Ministry of Power in association with the Bureau of Energy Efficiency.

General manager (HR) Rastogiit said that it was the privilege of NTPC Eastern Region-II headquarters to coordinate the event for the State of Odisha. The participation has been enthusiastic from the students as well as the encouragement of the teachers. OSEPA directorate and it’s team had contributed a lot to make the event a grand success. The District Education Officers of Odisha need special applause for their dedicated efforts. He wished the students the very best in all their future endeavours.
Former director, OSEPA Samal appreciated the efforts of NTPC in successfully conducting the event. He said this would give a message to society on the conservation of natural resources.
The ministry of power had launched this National Awareness Campaign in order to promote energy conservation in the country. The painting competition for students was conducted to create awareness among the students of the need for conserving energy but at the same time would educate and involve their parents.
Purabi Baral of Srimad Bhagwad Gita Vidyamandir, IRC Village, Nayapalli, Bhubaneswar won the First Prize in the Group-A category (5th to 7th Std) and Jharna Sahoo of K.C. Behera Govt U.P. School, Katikata, Block Dasarathpur, Jajpur won the second prize. Gaurav Das of DAV Public School Nimapada, Puri won the third prize.
Payosni Mishra of DAV Public School, Kalinga Nagar, Bhubaneswar won the First Prize in the Group B Category (8th to 10th Std) and Miss Vidisha Lenka of DAV Chandrasekharpur, Bhubaneswar won the second prize. Miss Jipsna Lory of Nirmala Convent School, Keonjhar won the third prize.