No way, Odisha Tippler can make out whether stuff genuine or…. 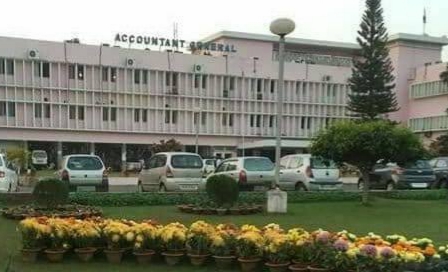 Bhubaneswar: There is no way a tippler in Odisha can know his stuff is legal or illegal. Thanks to the State Excise Commission. Liquor sold in the market under the Excise Adesive Levels on the bottle. But, there is no mechanism for a customer to ascertain the Level is genuine or fake thus not able to know whether the product is legal or not.

Excise Adhesive Labels (EAL) are required to be affixed on all liquor products, to enable ‘track and trace’ functionality through the legal supply chain.

Interestinly, the CAG, in its recent report tabled in the Assembly, has pointed out that no software application or mobile app had been developed to empower the consumer of liquor products in Odisha to scan the EALs affixed on liquor products at retail point and derive assurance that the EAL was genuine, that the product was safe for human consumption.

Such software application or mobile app to scan the EALs, according to CAG, would have also enabled the officers of the Enforcement Wing of the Excise Commission to scan the EALs affixed on liquor products at any point during the movement through the legal supply chain and verify the specific routing from source to destination.

The CAG has, in fact, highlighted significant lapses in the regulation of the legal supply chain for liquor products in Odisha State, by the Excise Commission. Specifically, the CAG has pointed out the absence of the critical ‘track and trace’ functionality to monitor the movement of liquor products from manufacture to retail point.

The CAG has stopped short of saying that these lapses on the part of the Excise Commission opens up the liquor trade in Odisha to all kinds of illegal activities.

Another significant lapse commented on by the CAG is the inordinate delay in implementation of the EAL Accounting Module in the supply chain management software, which had been scheduled to be completed by 2014, but had not been implemented even by end of 2022.
CAG has drawn attention to the risks arising from lack of verification of the number of EALs which were supposed to be in the possession of various liquor manufacturers, including those located outside Odisha State. Manufacturers located outside Odisha State had not supplied liquor products commensurate with the number of EALs which they had been issued, and not even renewed their licenses during subsequent financial years. There was a material risk that such EALs may have been diverted for use by manufacturers located within Odisha State, who could then affix them on their liquor products which were the result of excess production not reported to the Excise Commission.
On the liquor manufacturing side of the supply chain, CAG has pointed out that flow meters have not been installed at the Distilleries and Breweries, to ascertain the actual production of liquor products. The Excise Commission has instead been accepting production figures reported through manual registers maintained by the Distilleries and Breweries, without any cross verification with system generated production records. This lack of internal control resulted in the material risk of manufacture and sale of liquor products without payment of Excise Duty and Value Added Tax.
On the liquor retail side of the supply chain, CAG has pointed out that the Excise Commission had not mandated the adoption of Point of Sale terminals and inventory management software by licensees. This meant that Excise Commission has no real time visibility over stock maintained by retailers during emergencies or elections.

There are adequate provisions in the Odisha Excise Rules 2017 (such as Rule 158) to address the above lack of internal controls. However, gross non-compliance with the Odisha Excise Rules 2017 by the liquor manufacturers, Odisha State Beverages Corporation Limited and liquor retailers, as well as the lack of effective enforcement of these Rules by the Excise Commission have contributed to the popular public perception of all activities across the supply chain of liquor products in the State being considered very lucrative.