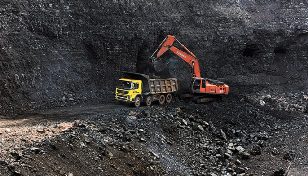 In his inaugural address, Vinay Ranjan said the two-day Conclave offers an opportunity to the HR professionals of the coal companies to share their functional knowledge as well as gain insights from the subject matter experts.

Keshav Rao, Director (P), MCL, emphasising on the relevance of the theme for the 1st IR Conclave in his welcome address, said that the topics in the Conclave are not only relevant in the present scenario, but also capable of generating tremendous ideas and debates among the HR professionals.

Coal India is among the top corporates in the country and successfully fulfilling the growing energy needs to run the wheels of developing economy, said Shri Rao.

Referring to the situation during the Covid19-triggered lockdowns, Shri Rao said despite prolonged lockdowns and threat to life Coal Indians stood firm, toiled through heat, dust, cold and rains, successfully despatched increased quantity of coal to overcome power crisis in the country. “We are proud to have lived up to the expectations of the nation by increasing our coal production and despatches and met the increased demand, saving the nation from blackout,” he said.

At least 14 subject experts will be speaking during this two-day IR Conclave.