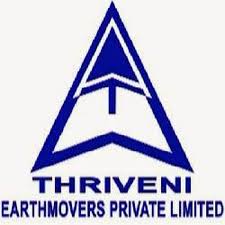 Bhubaneswar: Tamil Nadu headquartered Thriveni Earthmovers Pvt. Ltd.(TEPL) has pipped four bidders including the  National Mineral Development Corporation (NMDC) in the auction for the Lasarda- Pacheri manganese mines in Odisha’s Keonjhar district. The company offered highest final price of 44.65% for grant of composite mining license of  manganese mines which has an estimated reserve of 11 million tonnes. The other bidders for the mine were Feegrade, Ambey Mining, and GV Mines Minerals & Metals.

TEPL will have to prospect the mines before undertaking mining operation.

Similarly, Dalmia Cement (Bharat) Limited  has bagged the Kottameta limestone mines in Malkangiri district offering a final price of 12.05%.  The other bidders for the mines were Adani Cement and Hira Cement. The mines, which has estimated reserve of 98.69 million tonnes, has been  auctioned at G-2 level and so is ready for mining.

With this, the state government successfully auctioned three mines in the state eversince the MMDR Act was amended to offer the mines through auction route. Though the state is yet to ascertained the revenue to come from the present two mines, the revenue from Ghorhaburhani-Sagasahi iron ore mines in Sundargarh district, which has been bagged by Essar Steel, is expected to be Rs 11,000 crore in 50 years.