WHY NAVEEN PICKED UP IAS RAJESH VERMA AS HIS SECRETARY? 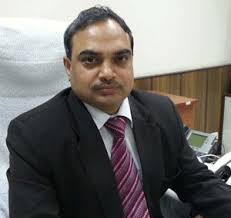 Bhubaneswar: In a surprise move, Odisha chief minister Naveen Patnaik picked up 1987 batch IAS officer Rajesh Verma as his principal secretary. Rajesh’s  appointment has put to rest all the speculations as to who among the senior IAS officer is going to be shifted to the Third Floor(chief minister’s corridor in the state secretariat)

Soon after Upendra Behera, additional chief secretary to chief minister was selected for the top post in the Orissa Electricity Regulatory Commission (OERC) on October 27, 2016, names of senior IAS officers had started doing round in the corridor of power as his replacement. IAS officer of 1989 batch  PK Jena,  who is now the principal secretary of water resources department,  was the front runner for the coveted post. However, the name of rural development principal secretary, Madhusudan Padhi, a senior IAS officer of 1991 batch was also in the circulation.

So the name of Odia IAS officers were doing round for the post.

But, Naveen, in his signature style, gave a surprise to every body and picked up Rajesh, a man from Madhopur in Rajasthan,  as his principal secretary.

India Whispers overheard that Rajesh was emerged as favourite because of his honesty, integrity and simplicity.  A quite person who loves his work. What, however,  weighed more in his favour is that he remains in communiqué  to general public, a virtue required to officiate in the Thrid Floor close to the chief minister’s chamber.

That Rajesh had served most of the important departments- mines, agrilcutre and energy,  in Odisha government as  secretary and principal secretary also made his CV impressive.