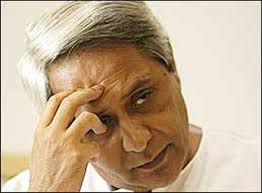 Bhubaneswar:  At a time when the Narendra Modi government was showering praises on the Odisha chief minister Naveen Patnaik , why the CBI unleashed a reign of terror against Naveen’s men in the state ? Quite intriguing.

Is it aimed at maligning the indomitable ruling BJD during the Panchayat elections? Or for something else?

Many in the state believe that the raids were politically motivated and were aimed at demoralizing the ruling party in the state during this rural elections time.

But, the story is seemingly something  different.

Indian Whispers overheard that the CBI raids were to do something with the chief minister Naveen Patnaik’s recent visit to New Delhi.

Naveen, on January 6, 2017, was invited for a lunch by the President of India Pranab Mukherjee. And, what is surprising and interesting too is he had a VVIP guest at his residence the previous day that is on Jan 5,2017. The VIP guest was  the union mines, coal, power and renewable energy  minister, Piyus Goel.

Even though Naveen asserted that his party is yet to take a stand on the ensuing presidential elections, the Naveen-Pranab meeting  added grist to the rumors that the incumbent of Rastrapathi Bhawan is exploring the possibility for running for a second term. Pranab’s five year tenure as president of India is coming to an end on July 25, 2017and the process for electing a new president has to be completed before that.

The Naveen- Pranab meeting was certainly not to the liking of the Modi-Saha team.

For, the BJP for that matter the NDA is not in a comfortable position to elect a president of its own choice. Even if, it emerged as the largest party in the UP elections, it would be short of about 10% of votes to get its candidate elected for the top post of the country.

BJP strategists must have felt jittery when Naveen attended the luncheon at Rastrapathi Bhawan. For, they have taken Naveen as a friend at a time when Troonmool Congress and Samajwadi Party are out of reach.

Besides the political reason, there is a business deal which believed to have enraged the top boss in the BJP government. Odisha was supposed to consider the execution of lease deeds  of as many as 60 mines of high value iron ore, manganese, chromite, bauxite, dolomite and limestones. The execution of lease deeds before January 11, 2017  would save these mines from putting into auction and thus would be a great relief to the mine owners.

The Amended MMDR Act, 2015, provided that all mining licenses for major mineral be granted through acutions. However, the Section 10A(2) (C) has given a reprieve to those mining lease applications approved by the Centre or in favour of which the state government concerned has issued letters of intent before the new Act come into force. The Section gives a 2 years time from the date of notification of the Amended MMDR Act, which expired on January 11, 2017, for execution of the lease deeds by the respective state governments, after fulfillment of the conditions prescribed in the ML approvals/ letters of intent by the applicants.

Obviously, the mining companies were fervently lobbying for the mining leases at the Centre as well in Bhunbaneswar. But, interestingly, the union mines ministry showed much interest that the state government executed the lease deeds before the deadline so that the mines would not be left for auctions.

The  union mines secretary, Balvinder Kumar, was in Bhubaneswar in November, last year, to pursue the state government to sign the lease deeds before January 11, 2017. The union mines minister,  Goel, once treasurer of the BJP party, also showed all modesty to meet Naveen at later’s resident at Delhi to discuss about the clearances of the mines.

However, back home, Naveen Government cleared only 16 mines and refused to renew the mining leases of about 44 mines . The state government did not entertain  those mines applicants those did not have the statutory clearances like the forest and environment clearances.   The decision would benefit the state as the auction of the 44 mines would enrich the state exchequer. But, certainly, it must have displeased the power that be at the Centre.