Bhubaneswar:  The mood in the India Metals & Ferro Alloys Ltd.(IMFA) corporate head office in the city is quite buoyant as the ferro crome prices are going northward. The country’s leading fully integrated producer of commodity, which has notched a higher net profit in third quarter of 2016-17 is expecting end the fiscal with a  higher bottomline in the fourth qurter. 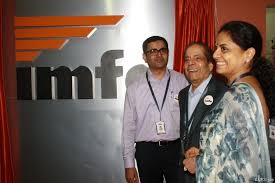 “The ongoing Q4 numbers will be exceptional”, said the IMFA managing director & CEO, Subhrakanta Panda.  “As the increase in spot prices came after long term pricing for Q3 had been finalised and is only partly reflected in the quarterly results, IMFA says that with the benchmark price for the ongoing fourth quarter went up by 55 cents (50%) to 165 cents will add substantially to the topline and bottomline”, he explained.

“We are ideally positioned to reap the benefit of the turnaround and intend to use the gains to make our balance sheet even stronger,” asserted Subhrakanta.