New Delhi: ‘Fairy Queen’, the oldest surviving functional steam engine in the world is once again on the track. The engine hauled a heritage train from Delhi to Rewari in Haryana after a gap of 5 years from February 11, 2017. This train, which is a great attraction among steam engine lovers across the globe, is going to run this season between Delhi Cantt. Station and Rewari  for a single day trip.

The locomotive was constructed by Kitson, Thompson and Hewitson at Leeds, in England, in 1855, and reached Kolkata, then known as Calcutta, in the same year. On arrival, it was given 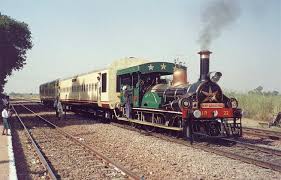 fleet number “22” by its owner, the East Indian Railway Company, not receiving a name until 1895. Initially, the 5 ft 6 in (1,676 mm) gauge locomotive was used to haul light mail trains in West Bengal, operating between Howrah and Raniganj, and during the Indian Rebellion of 1857 hauled troop trains. It was later consigned to line construction duty in Bihar, where it served until 1909.

It was restored and given a special spot in the newly built National Rail Museum at Chanakyapuri, in New Delhi which was opened to public 40 years back on 1st February, 1977. The locomotive was restored to full working order in 1997, in preparation for its first mainline journey in 88 years and its return to commercial service on 18 July that year. It was certified by the Guinness Book of Records in 1998 as the world’s oldest steam locomotive in regular operation. The following year, the train received a National Tourism Award for the most innovative and unique tourism project from Atal Bihari Vajpayee, the then Prime Minister of India.