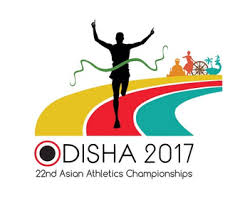 n & Child Development was given the additional charge of Sports & Youth Affairs.

Whether Dev has been rewarded or punished in the reshuffle has become a debate in the Odisha bureaucratic circle. That Dev was shifted from the high budgeted Women & Child Development department and given a lesser department like Sports & Youth Affairs is being perceived as punishment.

But, people involved in the reshuffle said that Dev has been rewarded in the process taking into consideration his commendable role in organizing the 22nd Asian Athletics Championship. As the secretary of Sports & Youth Affairs, he has played a key role in the grand success of the sports show. There is no reason why he should be punished, they wondered. If it is a punishment, then why Dev was given the additional charge of CMD Odisha Hydro Power Corproation (OHPC), a cash rich Odisha government utility concern ?, they pointed out.

Dev, known for his commitment to duties and organization skill, has given the Sports & Youth Affairs charge keeping in view that the state is going to host two more international sports events in coming months. The state is going to organize the men’s hockey World League Final 2017 and men’s hockey World Cup 2018 in Bhubaneswar Kalinga Stadium. And, the state need to prepare the infrastructures and the logistics for the two mega events. While the World League Final 2017 will be held between December 1 to 10, this year, the World Cup Hockey 2018 would be held between November 28 to December 16, next year. Dev, with his recent experience of organizing world class sports events would certainly be the best choice for Sports & Youth Affairs department. Since, the preparation for the two international hockey tournaments would require full time attention of the department, Dev was relieved of the heavy departmen 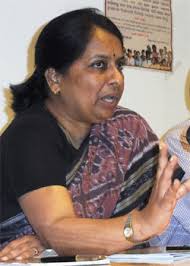 Even though the team Odisah led by chief secretary AP Padhi and development commissioner R Balakrishnan was at the helm of affairs of organizing the Asian Athletic Championship, it was Dev and Vineel Krishna, who as the secretary and director of the Sports & Youth Affairs department played a key role in hosting of the show. It was really a herculean task before the state government to organizing such a mega event within just 90 days. But, the team Odisha exhibited their organization ability to the nation as well as the world.

Besides Dev, the state government has posted four other senior IAS officers in the reshuffle. While 1989 batch IAS Mona Sharma, who was on leave for personal reason, has been posted as secretary tourism. Manoranjan Panigrahi is continuing as secetary tourism. Chitra Arumugam is the new W &CD secretary.   Subha Sarma of 1999 batch has been posted as secretary Handloom, Textiles and Handicraft in place of Chitra.  Sharma has returned from Central deputation recently. DV Swamy of 2001 batch has been appointed as the Revenue Divisional Commissioner(Northern Division) at Samalpur after returning from an inter-state deputation from Karnataka. The RDC Central, AB Otta was in charge of RDC North till recently after 1999 batch IAS Bhaskar Jyoti Sharma was shifted as special secretary Agriculture.