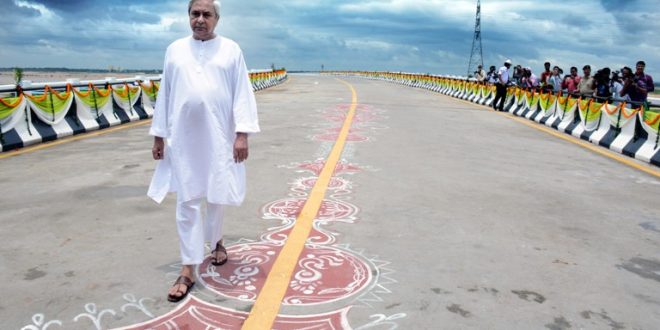 Bhubaneswar: The Odisha chief minister, Naveen Patnaik, Wednesday dedicated the longest river bridge of the state to the nation.

The 2.88 km long bridge named it after Netaji Subhas Chandra Bose over river Kathajodi connects the state capital of Bhubaneswar with Cuttack. With this the distance between the twin cities by 12 km.

Patnaik, while inaugurating the bridge said, “It will stand as a symbol of our constant efforts towards development of modern infrastructure for growth and progress of the state and our people. Stating that the length of roads in the state had gone up to 26,000 km today from 16,000 km in 2000, he said his government has increased the budget spending on roads by 40 times. All the district headquarters of the state have been connected with four-lane roads, he added. The foundation stone for the bridge was laid in February, 2011.