Bhubaneswar: August 12, 2017. It was a day of hectic activities for the XIMB which organized as many as two conclaves on finance, economics, business and marketing. Eminent experts on finance, economics, marketing and enterprises addressed the conclaves. While X-FIN, the Finance Association organized  Finomics 2017 , the X-Ops, the Operations Committee of XIMB organized its annual business conclave “Ashwamedh 2017”

The speakers at the Finomics 2017 on Saturday deliberated on the topic of the conclave–Universal Basic Income(UBI): The elixir against inequality?

The conclave was opened by elucidating on the major aspects of the UBI – Universality, Conditionality and Agency. The first speaker of the day was the former union economic affairs secretary,Shakti Kanta Das,  who stressed on the need for effective utilization of resources and redefining of UBI in Indian context. Revival of the private sector and convergence of the existing development schemes were the suggested alternatives. 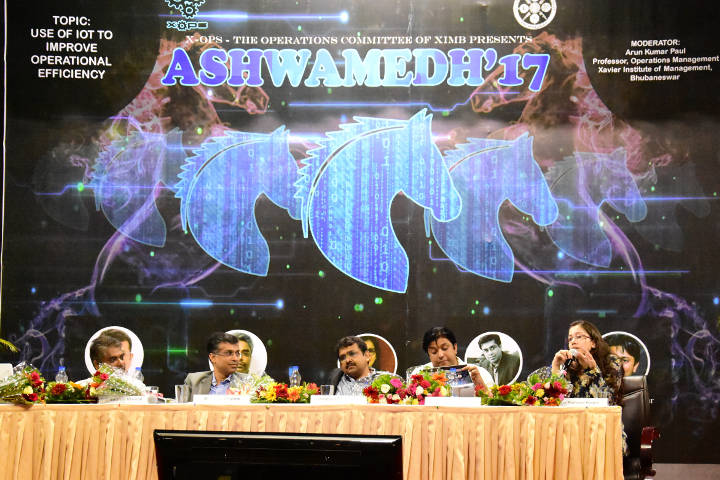 The next chief economist, Mahindra & Mahindra, Dr Shachidanad Sukla, discussed about  the challenges the world economy faces and stressed on UBI’s implication on poverty. The co-founder of Cash Relief, Rahul Nainwal, said the UBI becomes an elixir against inequality through the Cash Relief.  XIMB finance professor Dr Banikanta Mishra gave the vote of thanks.

At “Ashwamedh 2017” speakers discussed on the topic  “Use of IoT for Operational Efficiency”.  The vice president of Lumis Parners, Ashutosh Mayank, asserted there is a need to keep up with the various aspects of business to effectively implement IoT, saying “It’s not about getting benefits but it is about how fast you can get the benefits for the company.”

Farhana Haque, vice president of IoT Vodafone India, said that IoT is not the distant fantasy that we all had dreamed of in the past anymore, stating examples as Construction (JCB), secure payment methods (mSwipe) and Smart Cities. “The biggest driver of IoT is productivity which leads to operational efficiency”, she said.

Venkatesh Subramanya spoke about how important IoT is for fixing the gaps in the system. The practice head of Wipro Technologies, Swarup Mandal, and the Addverb co-founder, Sangeet Kumar, also addressed the conclave. 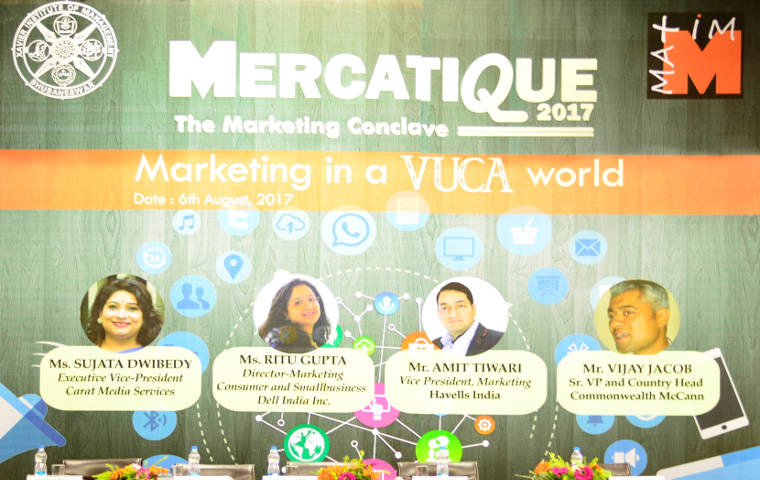