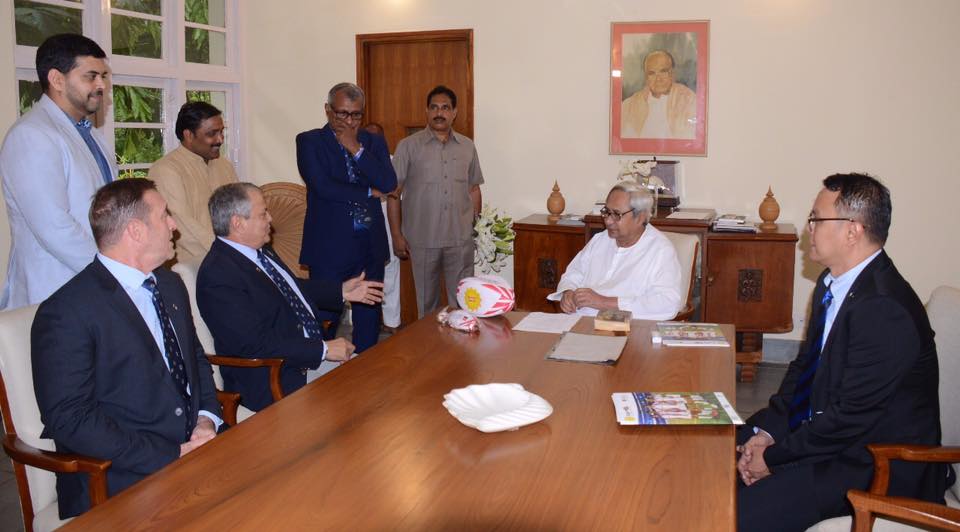 “I invited the Rugby associations to organise international tournament in our state. I assured all support with best infrastructure and other arrangements from our side”, Patnaik twitted after meeting the top officials of World Rugby and Asia Rugby and Indian Rugby Football Union at his official residence Naveen Nivas on Monday.

“I spoke of Odisha’s rising stature in world sports with top quality infrastructure and facilities. We have successfully conducted the Asian Athletics Championships and are ready to host the Men’s Hockey World League final in December this year and Hockey Men’s World Cup in 2018”, he further twitted.