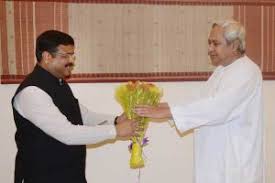 Bhubaneswar: Chief minister Naveen Patnaik is leaving for New Delhi on a four-day visit to the national capital from Wednesday.

On August 18, Patnaik and union petroleum minister Dharmendra Pradhan will have a meeting on the issue of the Paradip Oil Refinery of Indian Oil Corporation Ltd.(IOCL) at Odisha Bhawan.

Later in the evening, Patnaik will attend the Outlook’s Speak Out Award function at Hotel Taj Palace on August 18. The function will be graced by the former president Pranab Mukherjee as chief guest.

Patnaik will also meet some other union ministers regarding Odisha projects and programmes before returning to Bhubaneswar on August 20.