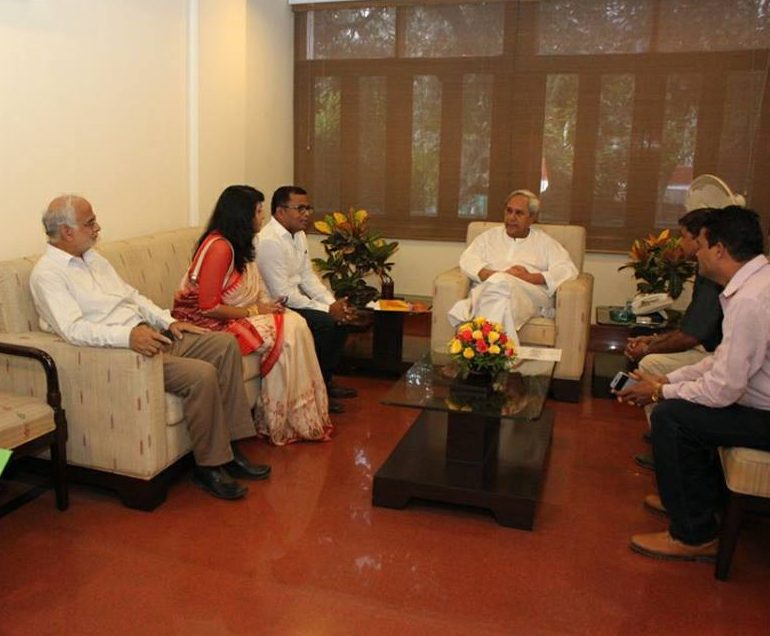 Bhubaneswar: A Centre for Non-Resident Odias (NROs) will come up in Bhubanesar, the capital city of Odisha.

The chief minister, Naveen Patnaik, Saturday assured the NROs that the state government will provide the land for the Centre. Patnaik was addressing the NROs residing in Delhi, Mumbai, Chennai and Bangaluru  at Mavalankar Hall in New Delhi.

The Odia associations of Delhi, Mumbai, Chennai and Bangaluru had organized a function to felicitate chief minister Naveen Patnaik on being conferred the Best Administrator Award by the Outlook magazine.

In response to the felicitation, the chief minister said that the state during the last 17 years has made a spectacular progress in social and economic sector. However, he said, it is not the time to be complacency. There is need for more commitment for further development and achieving inclusive growth.

The meeting was presided over by retired IAS officer Gokul Patnaik.  Charudutta Panigrahi and Soren Loyen praised Naveen for his able leadership to the state in their speeches.

It was in July, Odia Mahamanch, an organization of NROs had met the chief minister and suggested for construction of a Centre for NROs at Bhubaneswar and a Cultural Centre at Delhi. Representatives of Odia Mahamanch Manoj Nayak, Gobardhan Dhal, Tushar Mohapatra, Biswajit Barik, Bipin Palei, LopaMudra Dash, Bibhu Prasad Sahu, Kedar Biswal, Braja Kishore Panda and others had met the chief minister at New Delhi and discussed about the Centre for NROs.