Mauritius: India’s largest FDI,  US$12.9 billion came in on Monday as the Essar Oil Ltd.(EOL) concluded the sale of 98.26% stakes to Russian oil major Rosneft and Trafigura-UCP consortium. The deal is also considered to be Russia’s single largest foreign investment made anywhere in the world.

Following this transaction, Essar has now helped attract more than 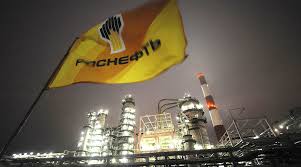 US$30 billion of foreign investments into India. Previously, in 2007, Essar Group, together with Hutchison Whampoa, brought Vodafone into India in a US$11.1 billion transaction.

Limited, both companies incorporated and managed under the laws of Mauritius— Monday announced the successful conclusion of the sale of 98.26% of EOL, according to a company press release.

While Rosneft subsidiary, Petrol Complex Pte. Ltd acquired 49.13% stake, the Trafigura-UCP consortium through Kesani Enterprises Company Limited has acquired an equal stake. The remaining 1.74% stake continues to be held by retail shareholders. The transaction includes sale of Essar Oil’s  20 MTPA Vadinar Refinery,one of the world’s largest, with a complexity index of 11.8, its pan-India network of over 3,500 retail outlets,representing India’s largest private sector retail network, as well as the associated refinery infrastructure. The transaction perimeter also includes the Vadinar Port with a capacity of 58 million tonnes,  and the Vadinar power plant  of 1,010 MW.

“Today is a historic day for Indo-Russian economic ties. I congratulate Rosneft, Trafigura and UCP for investing in a world-class oil business, which we are proud to have built,” said Essar founder Shashi Ruia.

The Essar Capital director, Prashant Ruia said, “With this deal, we have completed our monetisation and deleveraging programme, which is the largest undertaken by any corporate in recent years. We have substantially deleveraged our portfolio companies’ balance sheets, reducing debt by over US$ 11 billion (Rs 70,000 crore). With the completion of our capex programme, we now look forward to a period of growth in our wider portfolio of businesses.”

The Rosneft CEO, Igor Sechin, said that his Company has entered the high-potential and fast-growing Asia-Pacific market. The acquisition of the stake in the Vadinar refinery creates unique opportunities of synergies with existing Rosneft-owned assets and will help improve efficiency of supply to other countries within the region, he added.