Bhubaneswar: Kalinga Utkal Express train would resume services from Puri from Tuesday and from Haridwar on August 25 after remaining cancelled for a day due to derailment near Khatauli in Uttar Pradesh, said the East Coast Railway (ECoR) spokesperson. The train will run as per the timing, composition and stoppages scheduled for the trains, added the spokesperson. 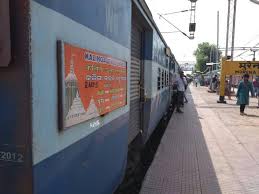 The accident due to the derailment on Saturday killed over 22 people and injured nearly 156.