Is BJP in Odisha on the defensive path! 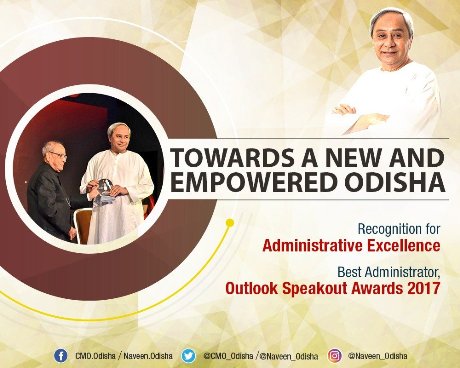 Bhubaneswar: The BJP in Odisha, which was on a fierce offensive mood in attacking the ruling BJD, seems to has been in a defensive path.

After catapulted to second position pushing the Congress to the third in the Zilla Parisad elections, the BJP was on a belligerent mood. Virutally, it took over the role of main opposition from the Congress in running down the Naveen government on all issues. All the tools of media, poster, billboard, tv and newspaper advertisments, social media like twitter, facebook and whatsup were used to vilify the chief minister, his government and his BJD party.  However, the saffron party is now in a defensive mood as the ruling BJD has geared up its party machinery and started asserting its position in the political arena.

The BJD’s counter attack proved to be heavy for the BJP. The BJD posters, twitter, facebook and whatsup campaign over shadowed the national party.

The successful hosting of the 22nd Asian Athletics Championship was the turning point.

What, however, came as handy for the ruling party is the Outlook award of Best Administrator. There is an spontaneous euphoria among the people of the state. The way Naveen is being showered with people’s good wishes,  it is becoming  unprecedented in  political history of the state.

Unable to digest the sudden surge in the popularity of Naveen, the BJP, obviously, feel frustrated. The strategy to coming to power with 120 seats in the 2019 state elections is appeared to have been shattered.

To counter the impact of Outlook award, BJP said the magazine is not widely circulated. It also alleged that Naveen has managed to get the award.

Naveen’s popularity in the social media has also started hurting the BJP. Naveen’s Twitter account had 1.5 lakh followers till June 2017. In just two months time it has soared to a whopping 6.76 lakh.

The BJP, however, is suspecting foul play in the number. The party is alleging that Naveen has bought followers in his Twitter account to flaunt his social media clout in the state.

What hurts the saffron party is that Naveen’s twitter account has emerged as number one in the state with 6.76 lakh followers pushing the union petroleum minister Dharmendra Pradhan to second with 4.97 lakh and BJD’s estranged MP Baijanta Panda to third with 2.86 lakh followers. Naveen, in fact, joined the twitter in September 2015.

Modi has the second largest follower in twitter with 32 million after US president Donald Trump with 35.1 million followers.