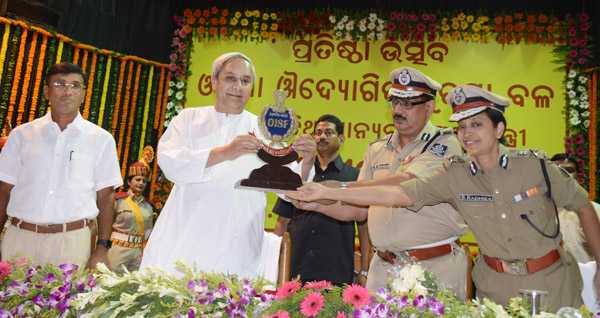 “An overwhelming response has been received from various states and Central government establishments and private organizations for deployment of OISF”, said the chief minister, Naveen Patnaik.

Patnaik, while taking salute at the passing out parade of the first batch of the OISF, here on Monday, said that OISF has been raised by the state government to provide an integrated safety and security cover to the industrial undertakings and establishments.

A total of 1289 constables including 203 women passed out after completion of 270 days of training. It is for the first time that women are inducted to armed police wing in Odisha. Interestingly, the women constables performed very well by scoring 8 out of 10 in outdoor subjects. Poornima Mohapatra came out as overall topper of the batch.

Officers from havildars to commandant have undergone training for a period of 45 days in industrial security to provide effective leadership to the force.