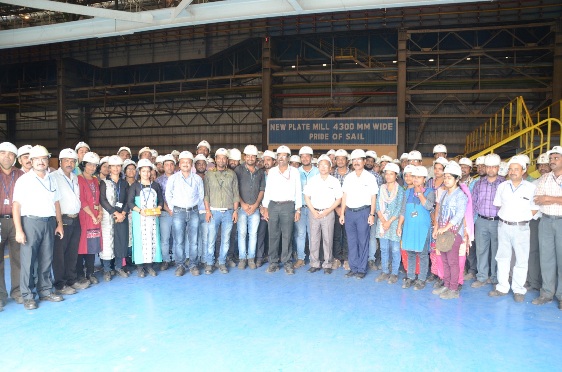 Bhubaneswar: The Rourkela Steel Plant’s (RSP) new Plate Mill played a key role in the Plant posting a cash profit in the month of August 2017 for the first time in last two and half years.

The RSP CEO Ashwini Kumar said that the sterling performance of the new Plate Mill has contributed in the plant achieving cash profit in the month of August for the first time in 29 months.

The CEO who visited the Mill along with his executive director(works), Subhendra Das on Friday urged the employees and workers to sustain this performance so that the Plant would achieve net profit soon.

The new Plate Mill  established a new record in the monthly production and dispatch, with the best ever monthly performance since inception in all important parameters in the month of August 2017.

The despatch of 75183 tonnes of plates from the new Plate Mill matched the production and was the highest ever. The last best monthly despatch of 60963 tonnes was registered in July 2017. It’s noteworthy that the July despatch included the export of 13223 tonnes of CE marked plates to the highly competitive European market where RSP has created a niche for itself.

The Mill had bounced back as recent as in July, 2017 to notch up its best ever monthly performance.