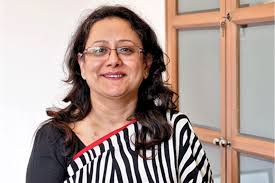 Bengaluru: Akila Urankar, president and CEO of Business Standard,  is the new president of Indian Newspaper Society(INS), the apex body newspaper owners. She replaces Somesh Sharma of Rastradoot Saptahik. The tenure of Akila as president of INS is for one year (2017-18).

SP Gaur is the secretary general, Jayant Mammen Mathew of Malayala Manorama deputy president, Shailesh Gupta of Mid-day vice president and Sharad Saxena of Hindustan Times(Patna) is the honorary treasurer of the INS for the year 2017-18.

The new office bearers of the INS were elected at the 78th Annual General Meeting of the INS, here last week.