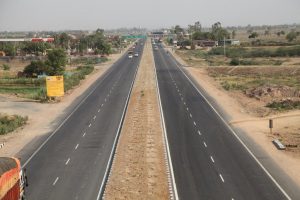 Bhubaneswar:Bharat Road Network Limited (BRNL), a Srei initiative, has  announced on Friday that its associate company in Odisha, Shree Jagannath Expressways Pvt.Ltd.(SJEPL), has won an atrbitration award of over Rs 100 crore. Expecting that the National Highway Authorities of India (NHAI) will soon settle the award, the Company has said it will have positive impact on its profitability.

BRNL had earlier given guidance that some of the road projects have various claims from the NHAI.

The government plans to announce many more road projects under the public private partnership (PPP) model and expeditious dispute resolution steps will help in improving the confidence of the private sector concessionaires, banks and investors, said a BRNL spokesperson.

The Odisha project has also received refinancing sanction for reduction in interest rates, which will bring down its cost of fund by almost 3% resulting in annual savings of almost Rs 30 crore.

BRNL, a road concession company, is currently manages and operates six road projects across the country aggregating to 2095 lane kilometers. The company, listed on stock exchanges on September 18, 2017, has raised Rs 600 crore in its initial public offer(IPO) and utilised the amount for accelerating the company’s growth and increasing profits, said a company spokesperson.