Bhubaneswar: Bijepur bypoll is likely to be held along with the Gujarat elections as the decks for the election has been cleared with the Odisha high court Monday closing the Bijepur election case.

The high court, while hearing a petition filed by Prasann 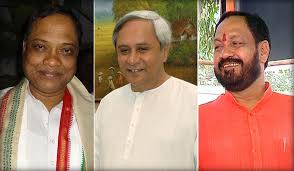 a Acharya who unsuccessfully contested the election on BJD ticket, against Congres MLA Subal Sahu ruled that the case has to be closed as the respondent (Sahu) in the case has died.

Putting an end to the case the court in its verdict stated that in the aftermath of Subal Sahu’s death, there is no need for the case to continue.

Sahu’s family had submitted the death certificate of the deceased legislator urging the court put an end to the case.

Acharya had filed the petition alleging lapses in conduct of polls and counting of votes in Bijepur Assembly constituency in the 2014 election. The petitioner had prayed the court to declare Subal Sahu’s win as null and void. Acharya had lost the election from Sahu by a margin of only 458 votes in 2014 Assembly election.

“Today’s verdict made it clear that there is no impediment to conduct the bye-poll in Bijepur,” said Sahu’s counsel Tarini Kanta Biswal.

Acharya has welcomed the high court verdict and said,” We welcome the honourable high court’s decision in Bijepur case. BJD is always ready for the by-election and will definitely win it.”