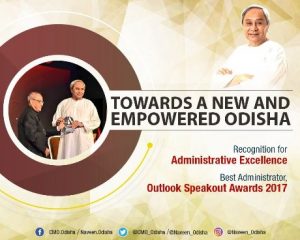 Bhubaneswar: The Odisha chief minister, Naveen Patnaik, Sunday  made a whirlwind tour of Sundargarh district and launched several projects besides attending functions organised by different minority groups to felicitate him.

The chief minister laid the foundation stone for Rs 90 crore Rourkela Drinking Water Modernisation Project along with a 100-bed Mother and Child Hospital in Rourkela. He also inaugurated an e-library and unveiled the statue of BR Ambedkar near Uditnagar.  For Kutra and Koira, he laid stones for mini hockey stadium and ITI.

“We will do everything possible for the development of the state,” said Patnaik during his visit.